How to diagnose a blown or leaking head gasket |
​Can low or no coolant cause a misfire?

Context of the head gasket diagnostic

The consumption of coolant in this direct injection engine has dramatically increased following an engine overheating  due to a hose leak. The necessity to add coolant has increased progressively from twice a month to twice a week.

Other symptoms have developed as per most of the the below list.

Symptoms of a leaking head gasket

Any combination of the below symptoms indicates a blown head gasket or defective cylinder head.
It is worth noting that the most common symptoms for a blown head gasket (Nos 10, 11 ans 12) were not noticed in this case.​
See further below for pictures and explanations regarding these symptoms.

How to make sure of a head gasket leak before intervening

Replacing a head gasket on a modern engine is time consuming and costs from a few hundred dollars up to $ 1,500.
It is worth making sure of the diagnostic results prior to deciding an intervention.
Traces of coolant in oil:
Start by removing the oil fill cap and oil level dipstick and inspect them for a mayonnaise like compound that results from the infiltration of coolant into oil. No such symptom was found in the below case despite a blown head gasket as diagnosed further and confirmed later.
This is particularly true for engines having cylinder liners and where the head gasket failure could lead more to a coolant to cylinder leak rather than a direct coolant to oil passages leak.

Both oil fill cap and dipstick are found clean:​ 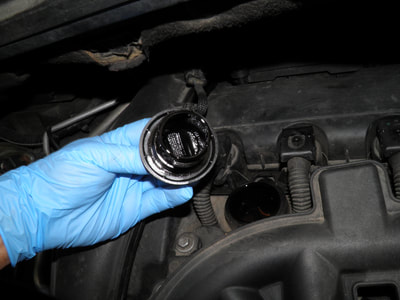 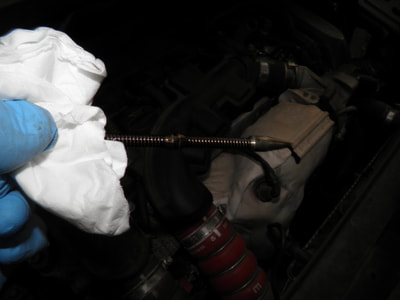 Traces of oil in coolant:
Open the radiator expansion tank (make sure the engine is cold!) and look for floating foam of a dark color signalling the presence of oil and dissolved combustion gases. The radiator expansion tank is shown here after emptying it: the residue is a fatty black compound responsible for symptom 9 above since it can obstruct the sensor from time to time. 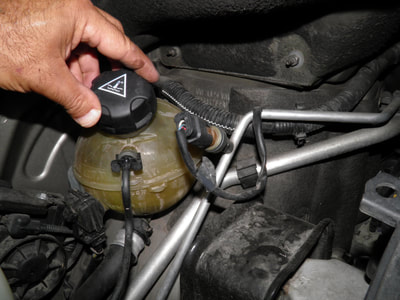 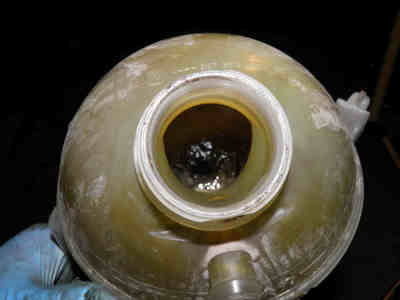 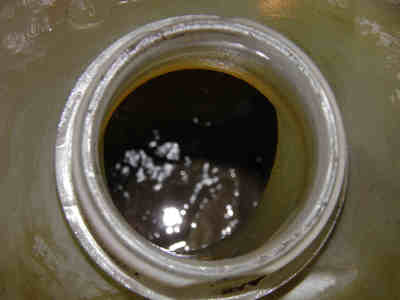 White smoke from exhaust (vapor):
Look at your exhaust gases while the engine is idling hot and check if water vapor (white fumes) are emitted.
It is absolutely normal to notice such fumes when the engine is first started cold and even see a few drops of water coming out of the exhaust but this should stop within minutes.

If the white fumes continue to be there for more than 10 minutes then there is something wrong with the head gasket or cylinder head.
Continue to page 2/2
See all our car maintenance & repair tips