How to remove a stud bolt | Stud cutting 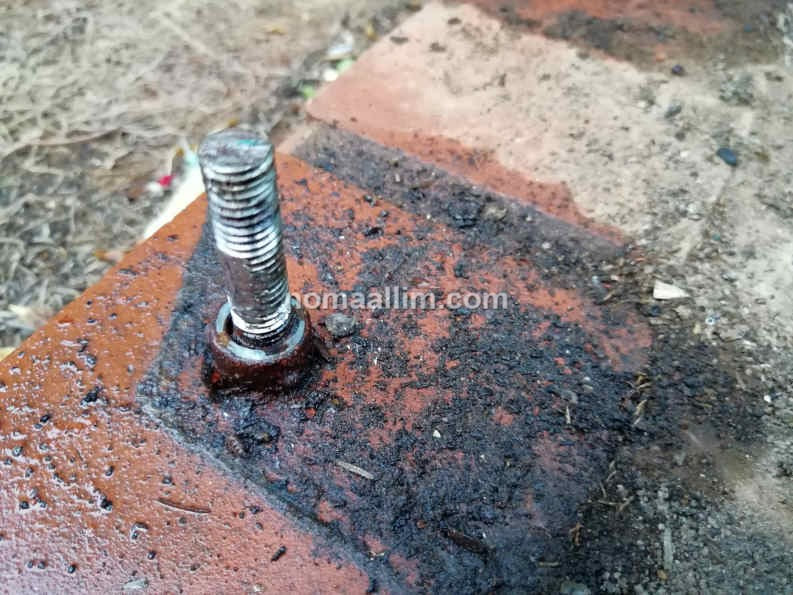 DISCLAIMER:
Our pictorials are of informative nature and do illustrate works carried out by ourselves at our own premises for our own use and satisfaction.
Readers who envisage to carry out similar works inspired by the below method shall do this at their own risks and liability.

Spray well the stuck stud with WD40 or any other penetrating oil, then wait for 15 minutes before attempting to remove the stud bolt.
Use two nuts and block them to each other using two spanners or grip pliers, then try loosening the stud bolt by rotating the lower nut to unscrew and upper nut to try rotating it clockwise.
If this doesn't work, proceed to the below explained stud removing method. 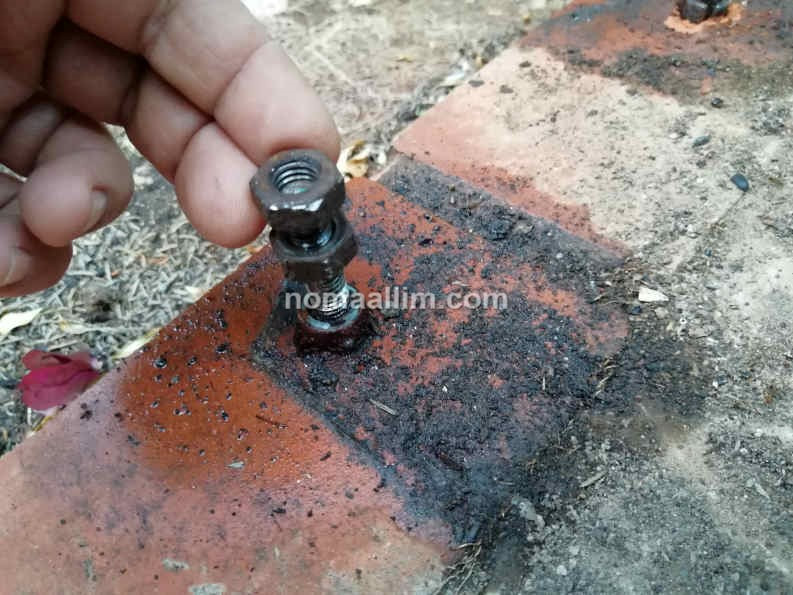 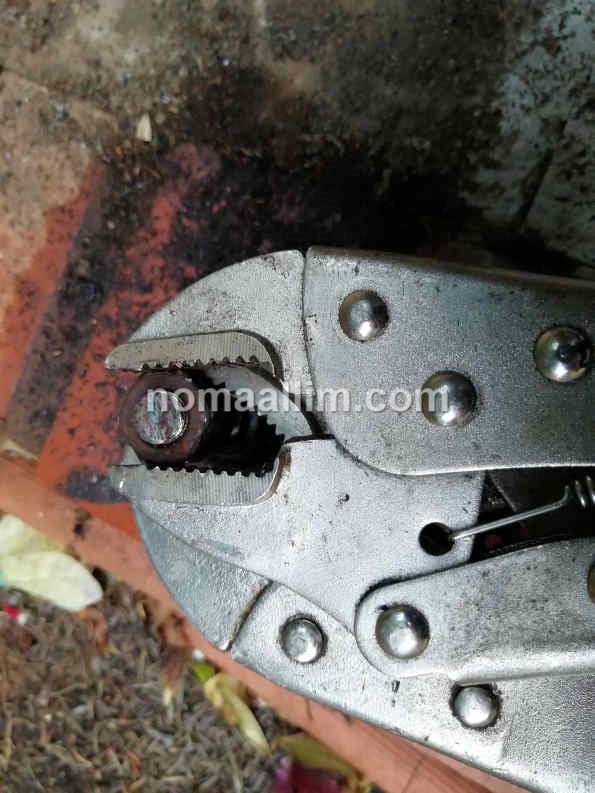 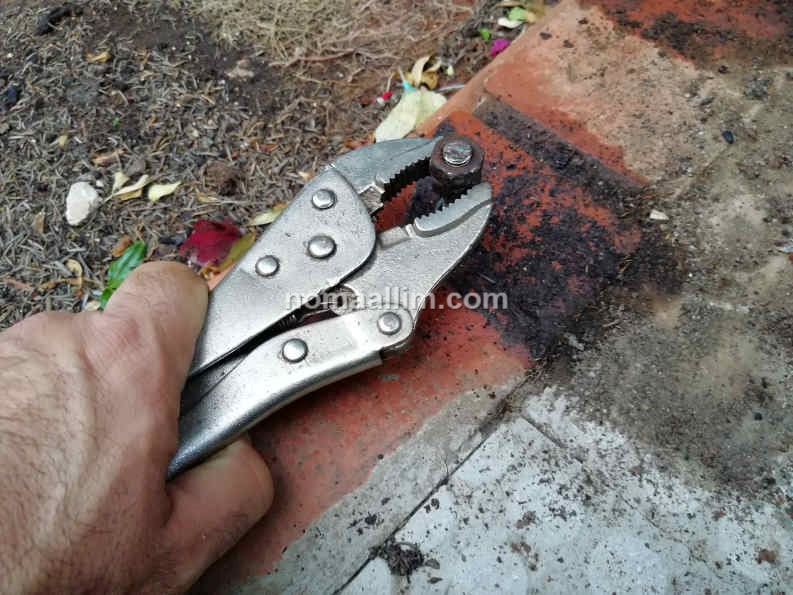 You can use a specific stud remover tool: 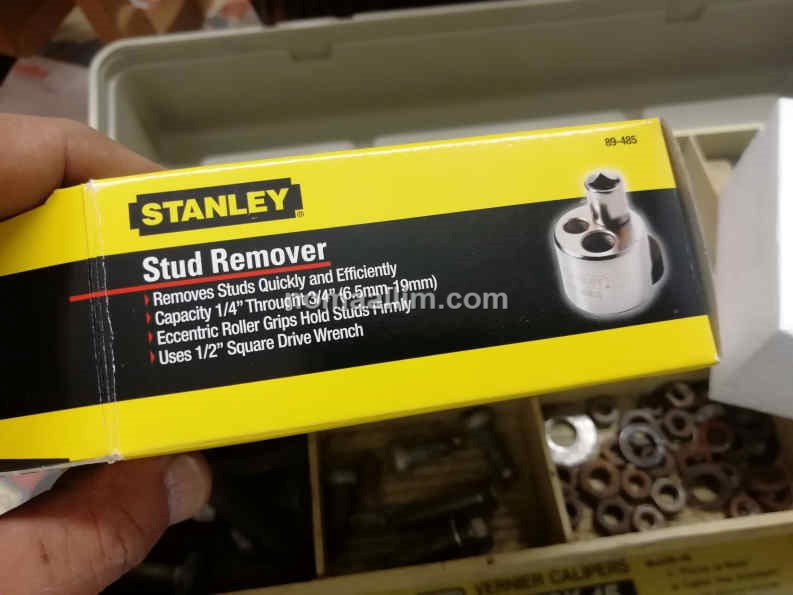 Assemble the stud remover as shown in the below pictures. 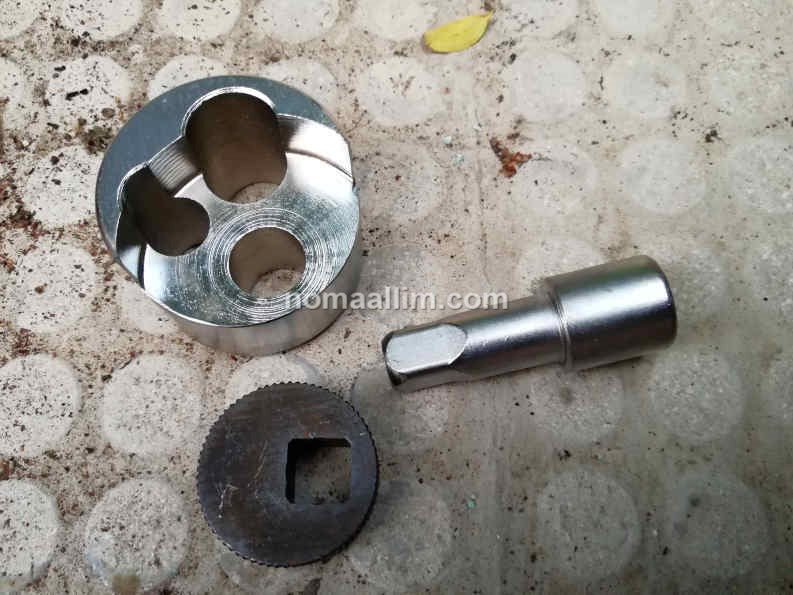 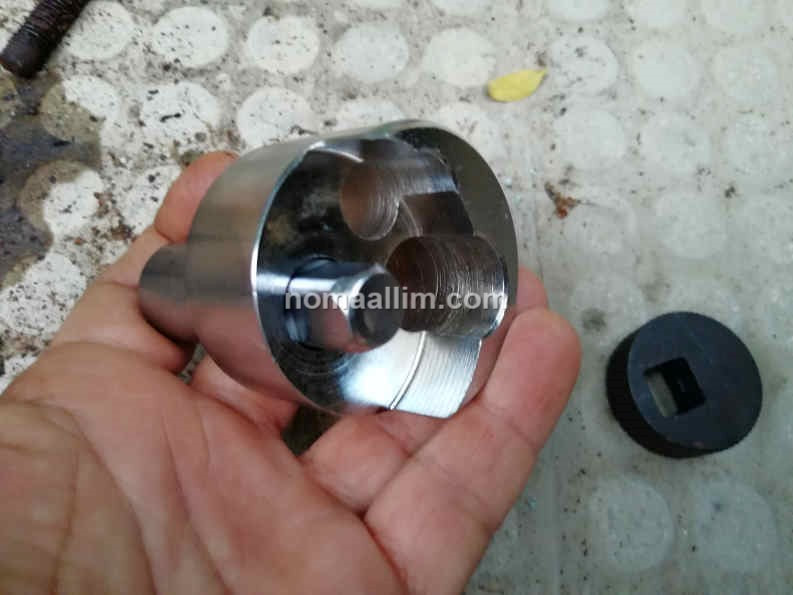 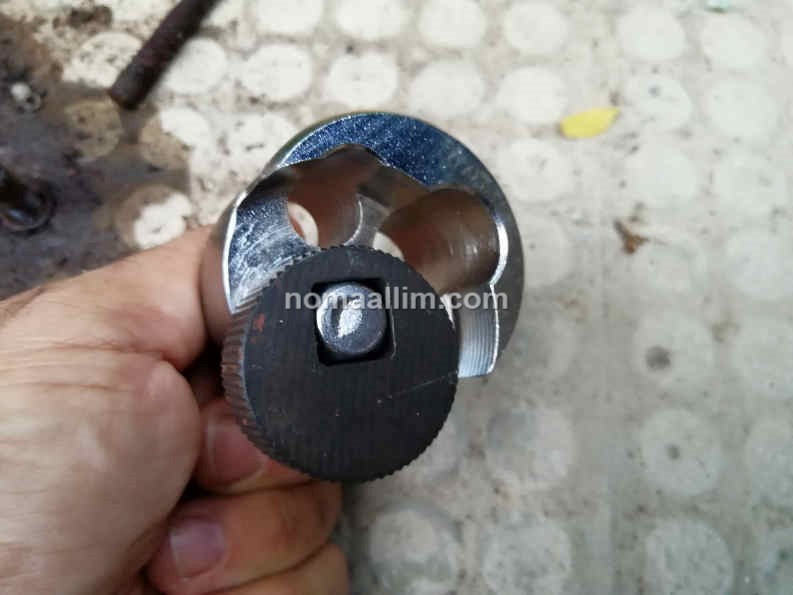 Fit a ratchet handle to the stud remover and place it over the stuck bolt.
Turn counter clockwise.
You will be able for sure to unscrew the stud bolt unless it breaks like in this case. 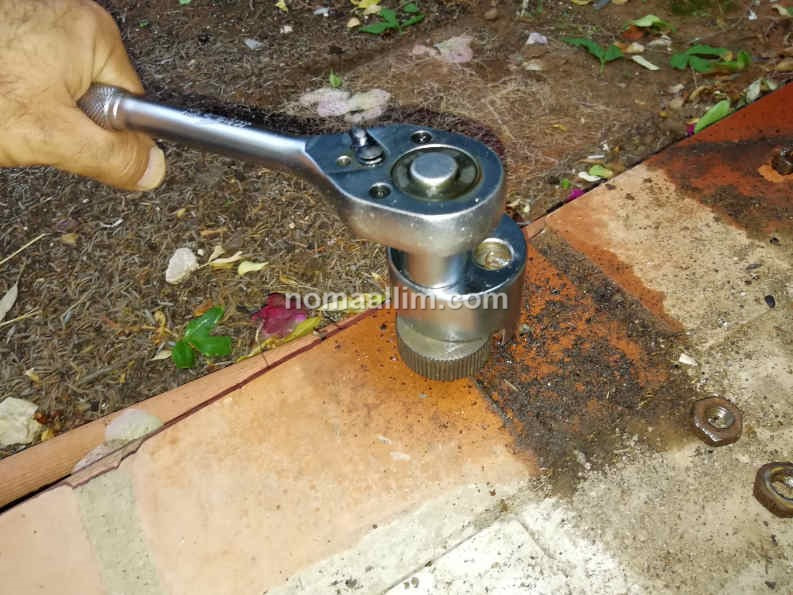 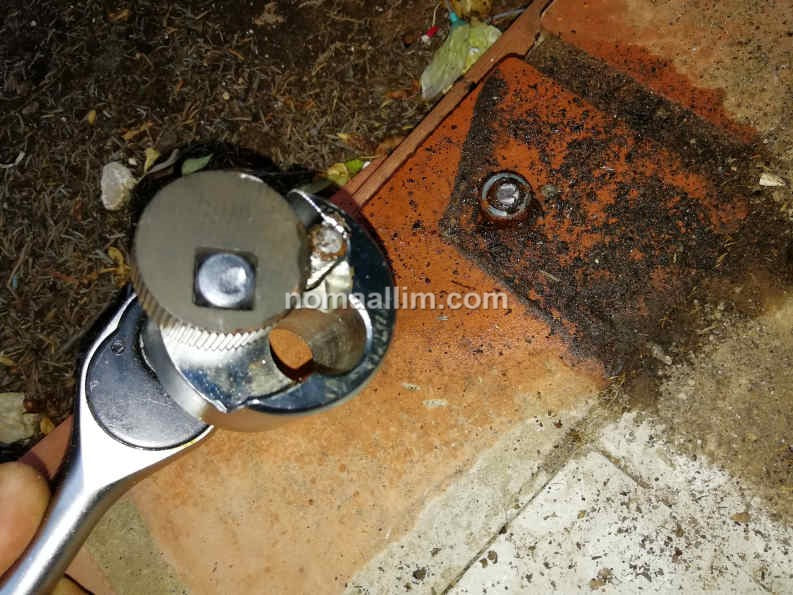 If none of the above methods work, you can only cut the stud with an angle grinder.
Fit a metal cutting disc to the angle grinder and cut the bolt with the disc held inclined as shown: 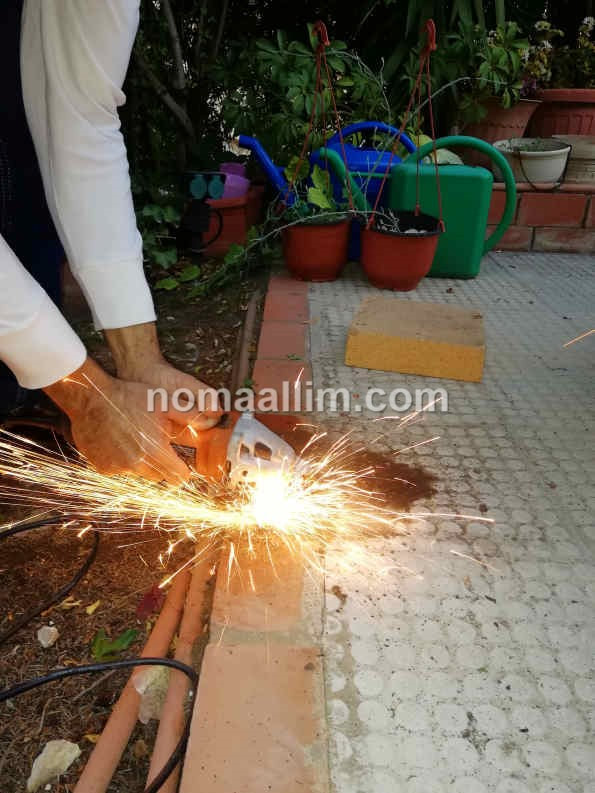 This will result however in some damage to the surrounding areas of the stud bolt which you can repair as needed with resurfacing putty. 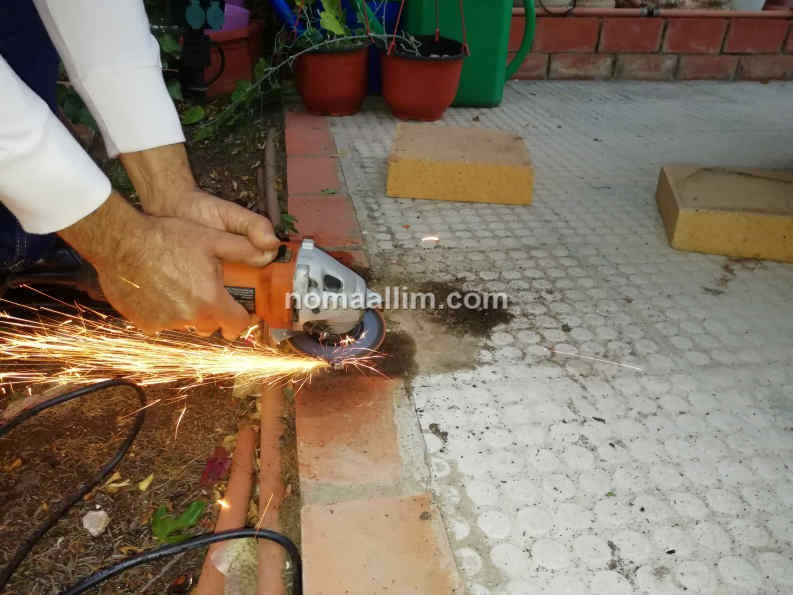 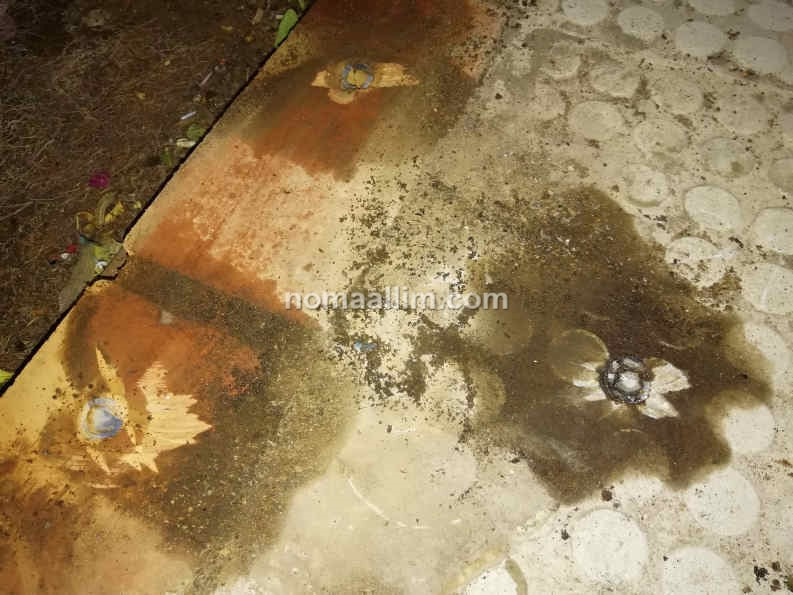 See all our DIY basics tips