The women who played a key role in the car industry

COPYRIGHT WARNING:
All pictures and texts in this web page are the property of nomaallim.com. Any use of any part of those contents without the written consent of nomaallim.com shall be subject to legal procedures as per international and local laws in the concerned country. Using the name "nomaallim" or "nomaallim com" or "nomaallim.com" in the text describing the unauthorized copied content shall not constitute an exception and shall be sanctioned in accordance to the effective laws and proceedings.
Disclaimer: our website is a DIY website intended for a wide audience and tries to explain different topics for everyone in a simple language. Do not use the below information as a reference for academic or legal purposes or any other motive than a general overview or an introduction to the covered topic; ​nomaallim.com is not responsible for any inaccuracy, omission, error, etc. in the below information.

Louise Sarazin-Levassor: the first businesswoman and car enthusiast ever...

Many don't know how the Mercedes-Benz brand was born and many wrongly think that Mercedes could have been the daughter of the German inventor Karl Benz...
Better in this case to remember Karl's wife and business partner, Bertha Benz who launched the first marketing campaign ever in the automobile industry by driving her husband's invention as soon as 1888 on a long distance to attract the world's attention to this new bizarre machine.

Emile Jellinek was a German businessman and diplomat who moved to Nice - France as an ambassador for Austria and started selling French cars after the name of his daughter Mercedes which (name) he believed would make him prosperous. He sold more than a 100 cars in 1887 under the Mercedes brand before starting to sell Daimler's car under the Daimler-Mercedes name starting in 1901.

In 1926, after his death, the two German companies Daimler and Benz merged and the cars were then called Mercedes-Benz. The present company is called Daimler AG...

Photo courtesy of www.fia.com
Michèle Mouton is a former French rally driver. To date, she is still the only woman who had marked the WRC championship with "female" victories.

She started her carrier in 1975 participating in rallies on the Alpine-Renault A110 and the 24 Heures du Mans race as well but gained in celebrity after joining the Audi team in 1981 and the spectacular Audi Quattro of that time winning many races and grabbing precious points for both drivers and teams championships.
She finished second in 1982 WRC championship and won the German rally championship in 1986 with the Peugeot team.

Bertone SPA,  Pininfarina and Guigiaro (Italdesign) are probably the most famous and prestigious automotive design bureaus all born in the country of the Renaissance, Italy.
​


​The globalization and the emergence of mega automakers along with the commoditization of the product and the disappearance of the beauty in car design led to the acquisition of all three by the said giants.
Bertone however and prior to its purchase by Fiat was led for a short period by the wife and daughters of Nuccio Bertone, the son of the company founder Giuseppe Bertone. Nuccio passed away in 1997 when a family dispute between his widow Lilli and daughters Barbara and Marie Jeanne led to the company's bankruptcy by the end of 2007.

Mary Barra: chairwoman and CEO of the No.1 American: GM

Mary Barra is the first female CEO of a major car maker and holds this position since 2015.
She is leading General Motors with a successful approach that differs from her predecessors, focusing on quality and margin rather than volume and the complex of being the number 1 worldwide.
A position GM can no more reach after the sale of its European arm (Opel and Vauxhall) to PSA, the maker of the Peugeot and Citroën brands, and the extraordinary growth of the Volkswagen Group and the Renault Nissan Mitsubishi Alliance who joined Toyota in sales figures nearing the 10 Million vehicles yearly.

Linda Jackson: leading one of the most iconic brands: Citroën

Linda Jackson is the global CEO of Citroën since 2014 having led Citroën in the UK and Ireland from 2010 to 2014 prior to reaching this position. Under her management, Citroën, once a specialist of the European minivans labelled "picasso" shifted its model range to the much demanded SUV's now branded as "aircross" after the model name of the same size.
The "Autocar" magazine named her as the most influential British woman in the car industry in 2018 for the second time. 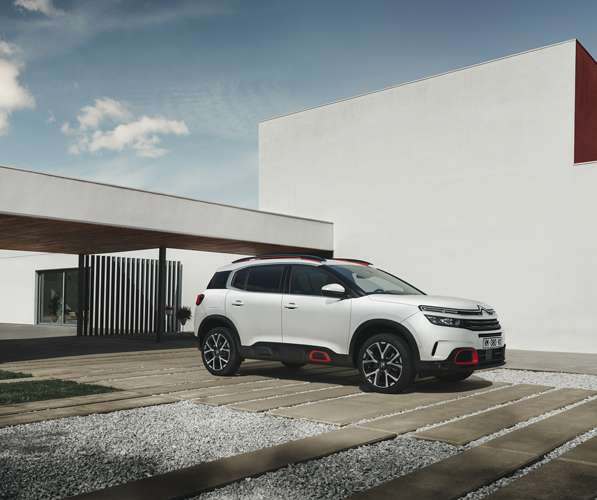