How to replace an injector on Renault K4M and F4R engines

Symptoms of a failing petrol injector

The below symptoms are common to injectors and coils problems:
IMPORTANT: always start by diagnosing and fixing the ignition system, spark plugs and coils. Only after making sure of the ignition, you should consider an injector fault.
Replacing spark plugs on the DUSTER
Insulating and maintaining ignition coils
Fixing leaking COP seals - Misfires due to water 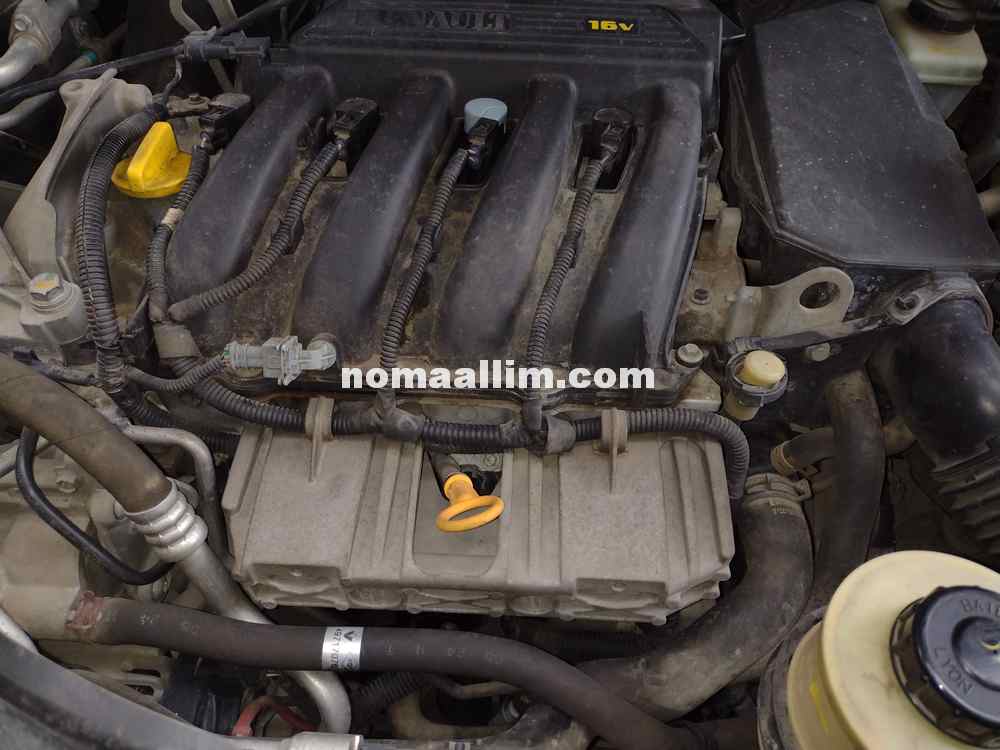 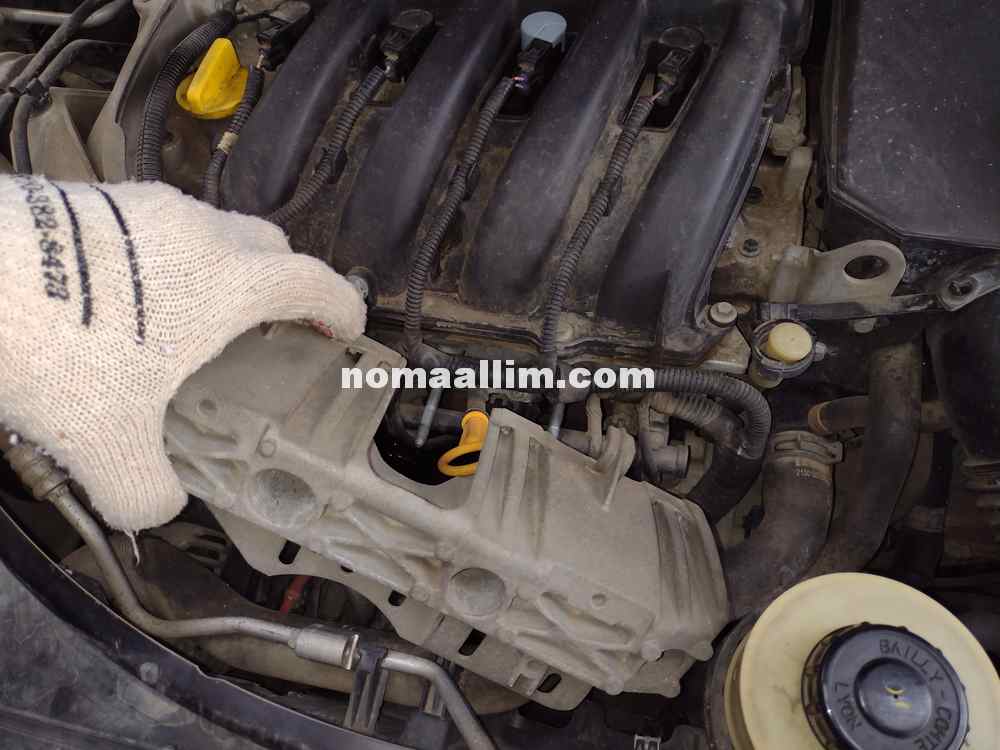 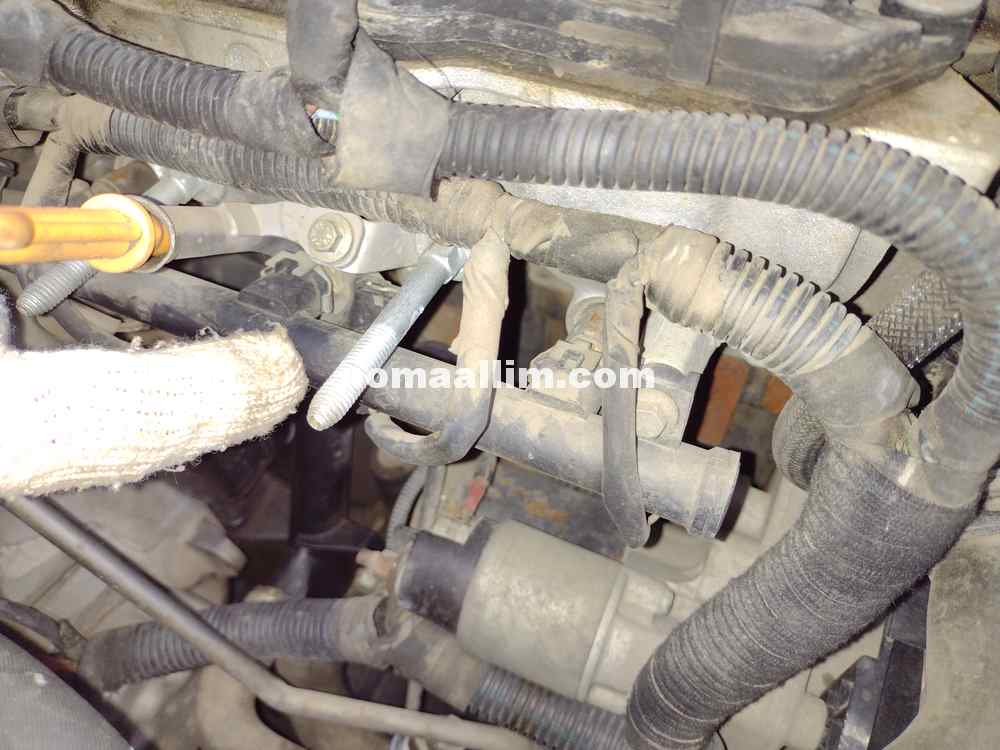 Removing the injection rail from the Renault engine

Make sure that:Unscrew the two bolts that hold the injection rail to the cylinder head, and carefully take out the fuel line that connects to the rail.
Make sure not to drop the colored plastic clip that holds the fuel line connector. 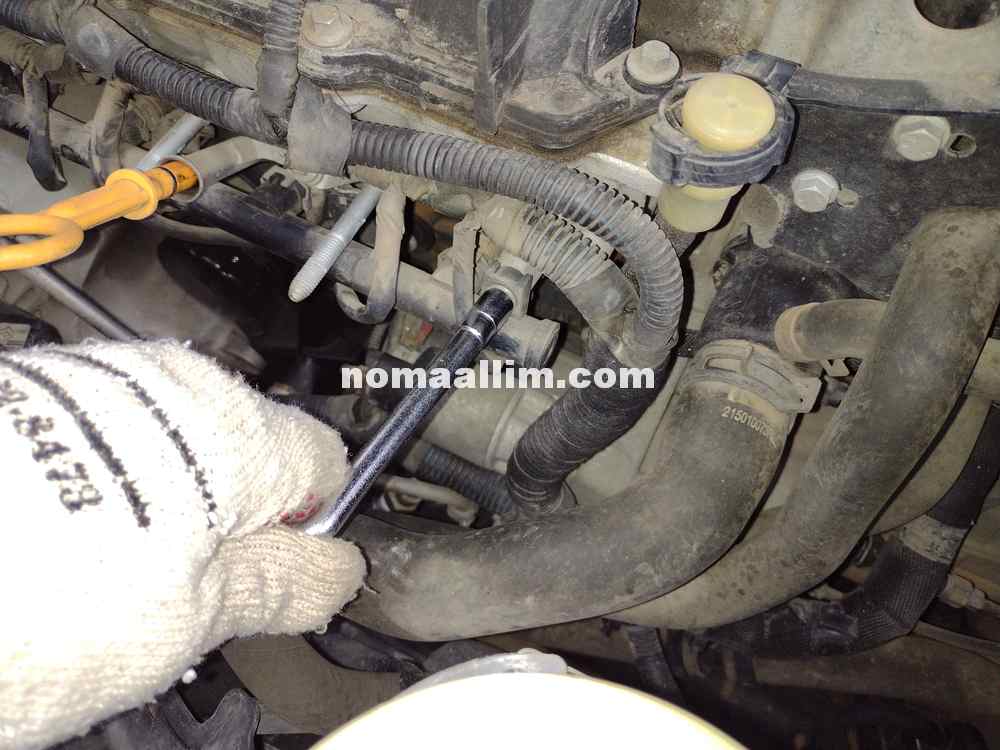 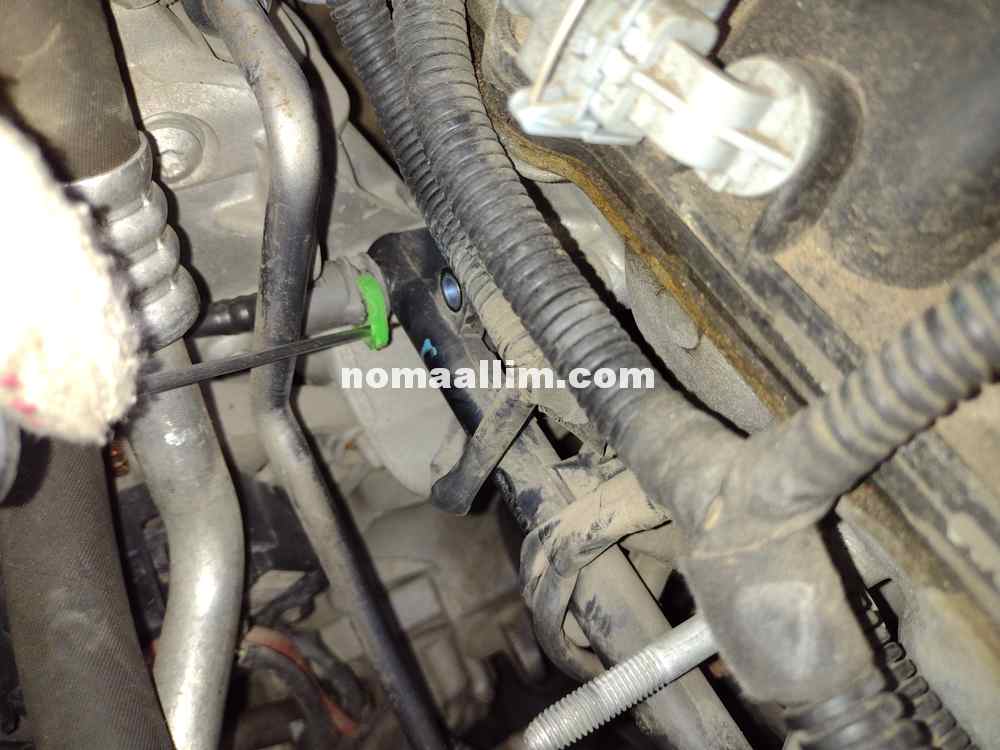 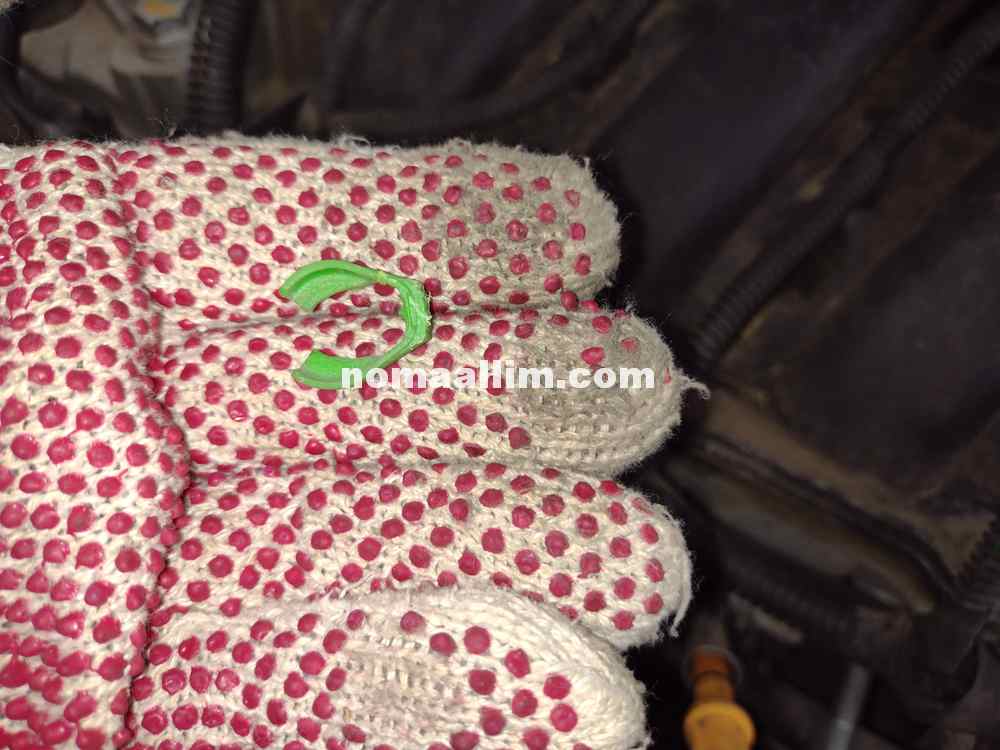 Pull out the injection rail with little force on the right side so injectiors #1 and #2 get out of their seats, and check for any wires that connect to other devices than the injectors, like the sensor shown in the middle picture.
Disconnect the sensor's connector and continue pulling out the rail and gently tilting it so you can access the faulty injector. 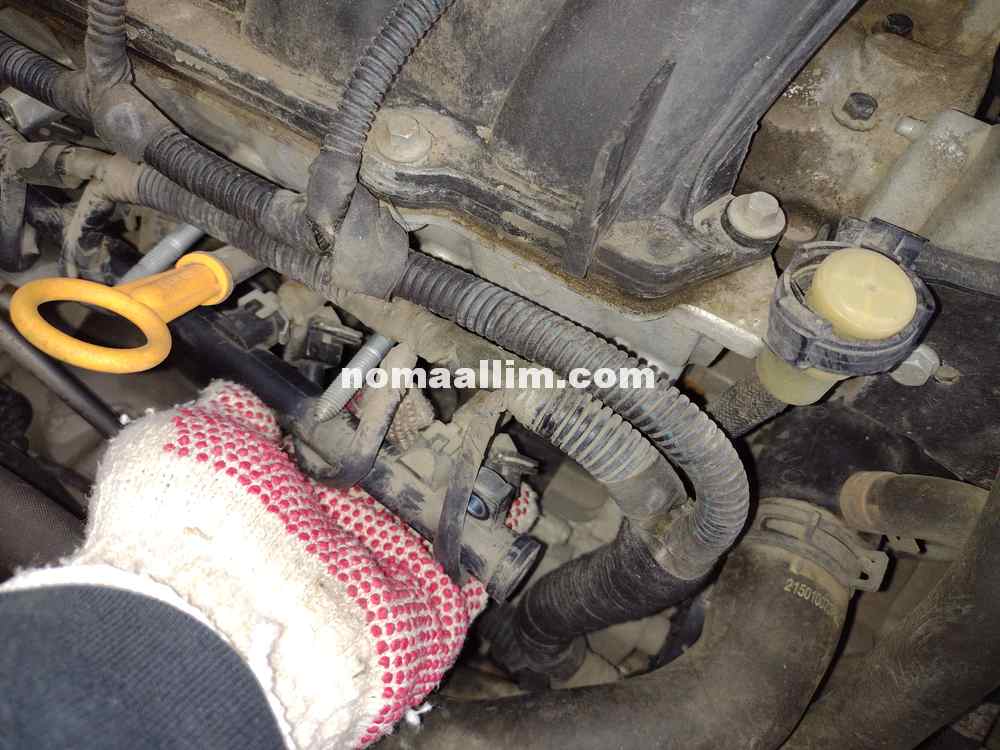 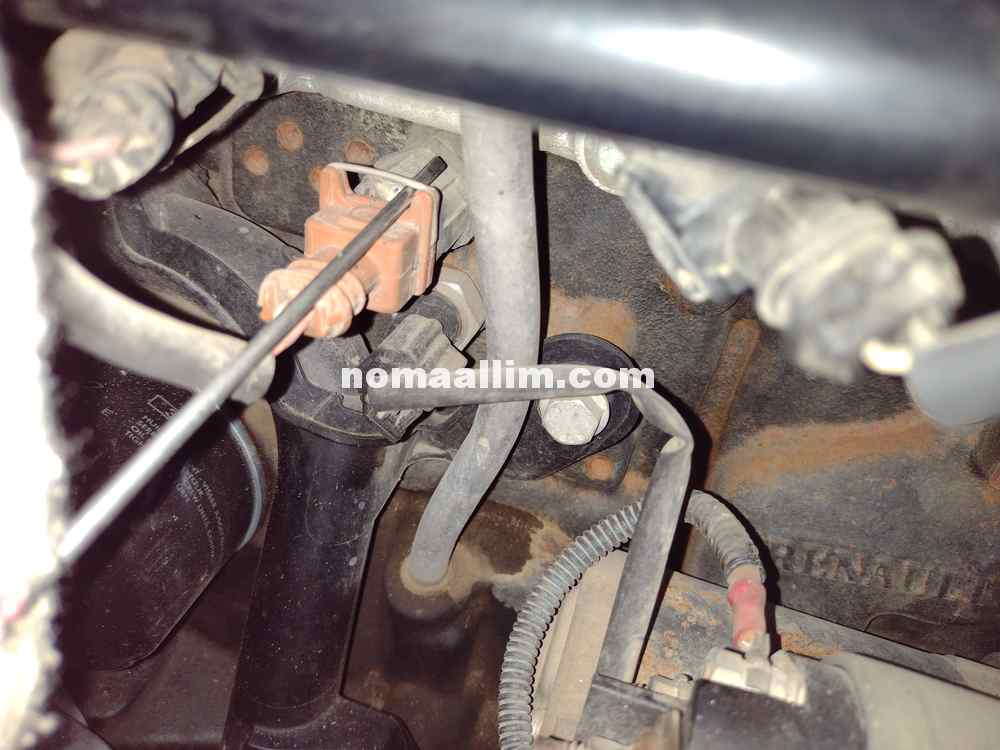 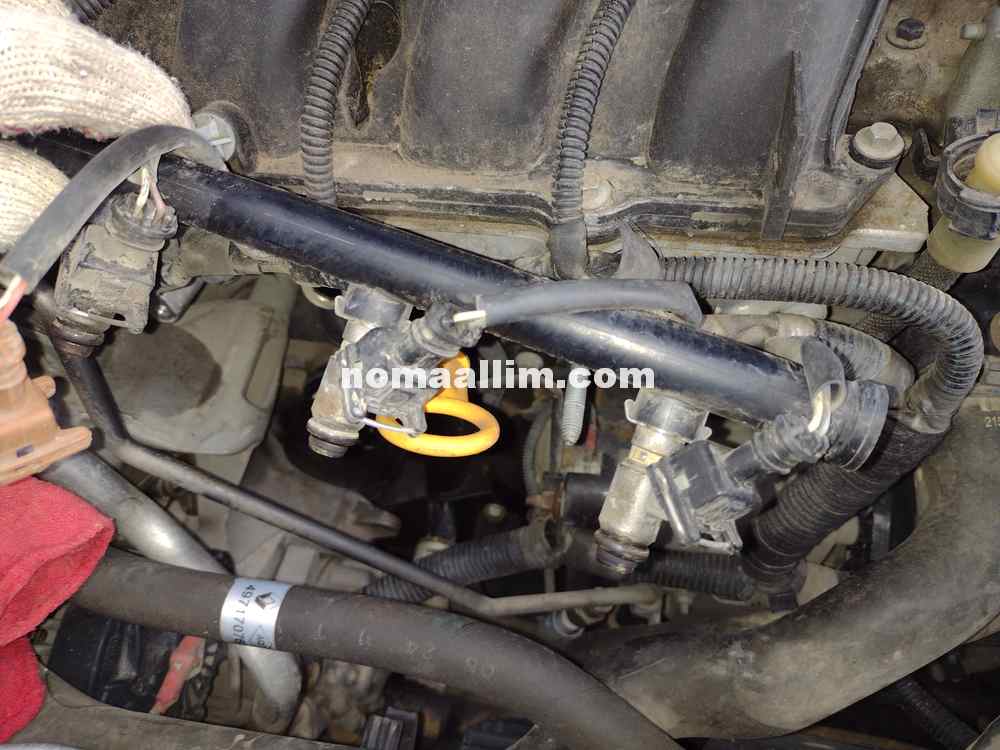 Removing a petrol injector from the fuel rail.

Use a small flat screwdriver to take out the injector's fixing legs at both sides, then pull it out. 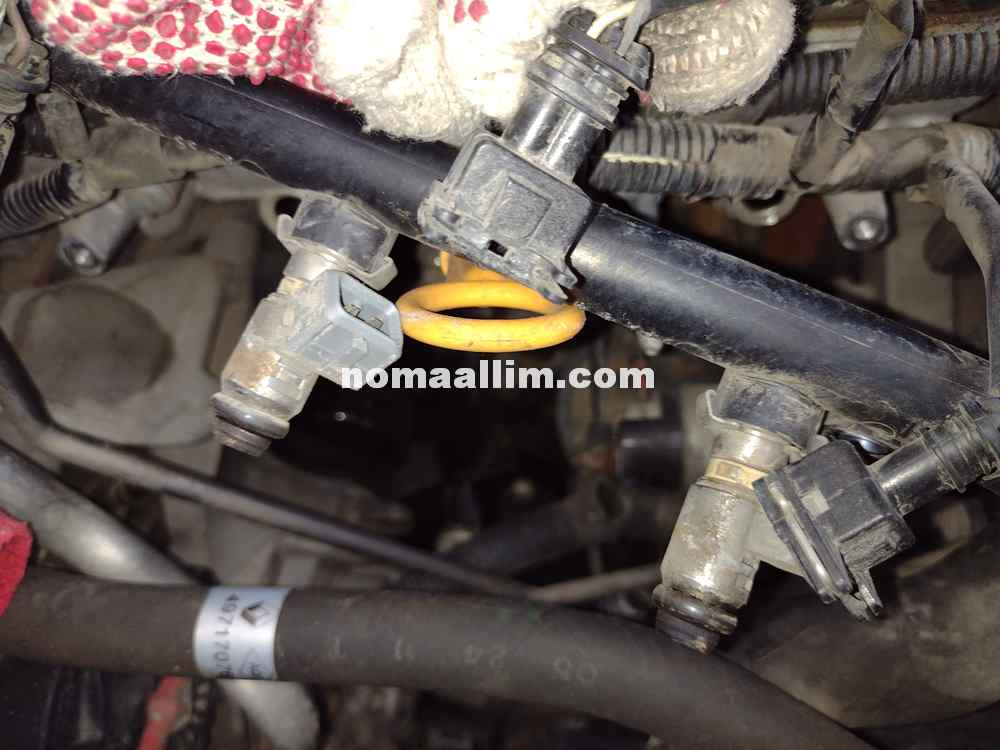 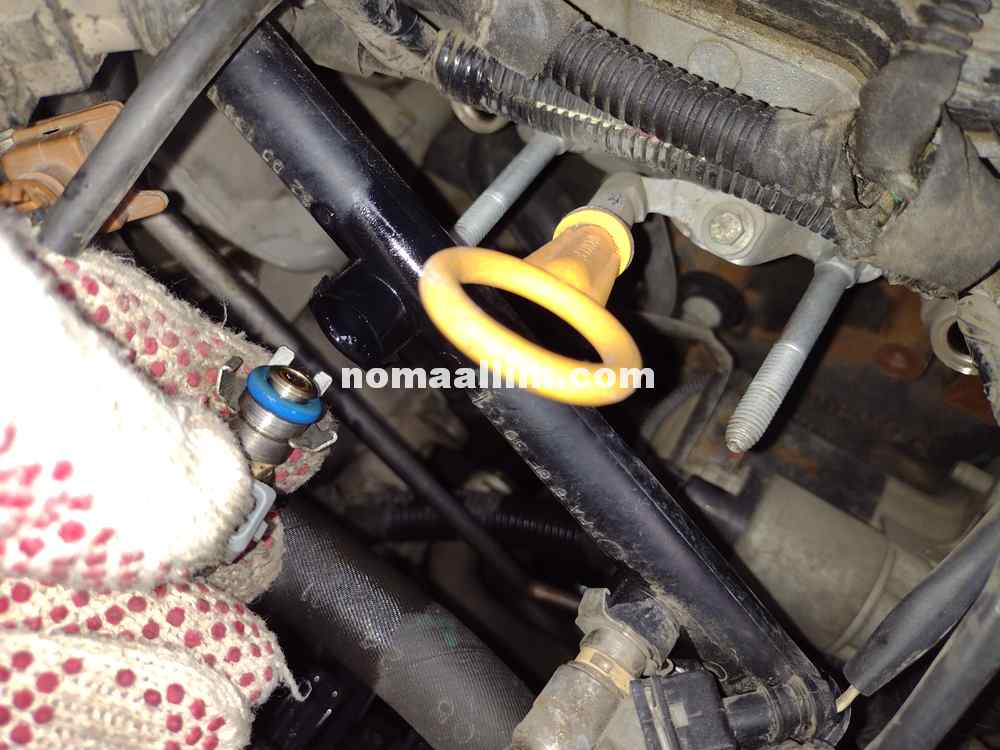 Refitting a new fuel injector on the injection rail

Make sure you acquired the exact same model of injector.
​Start pushing it into its seat. 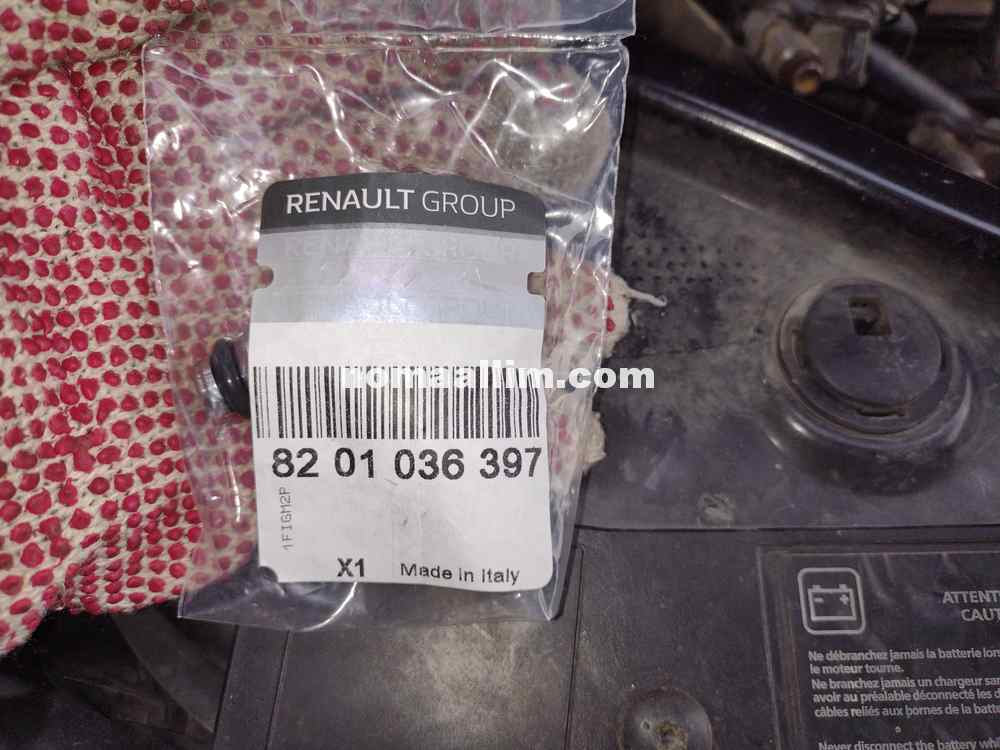 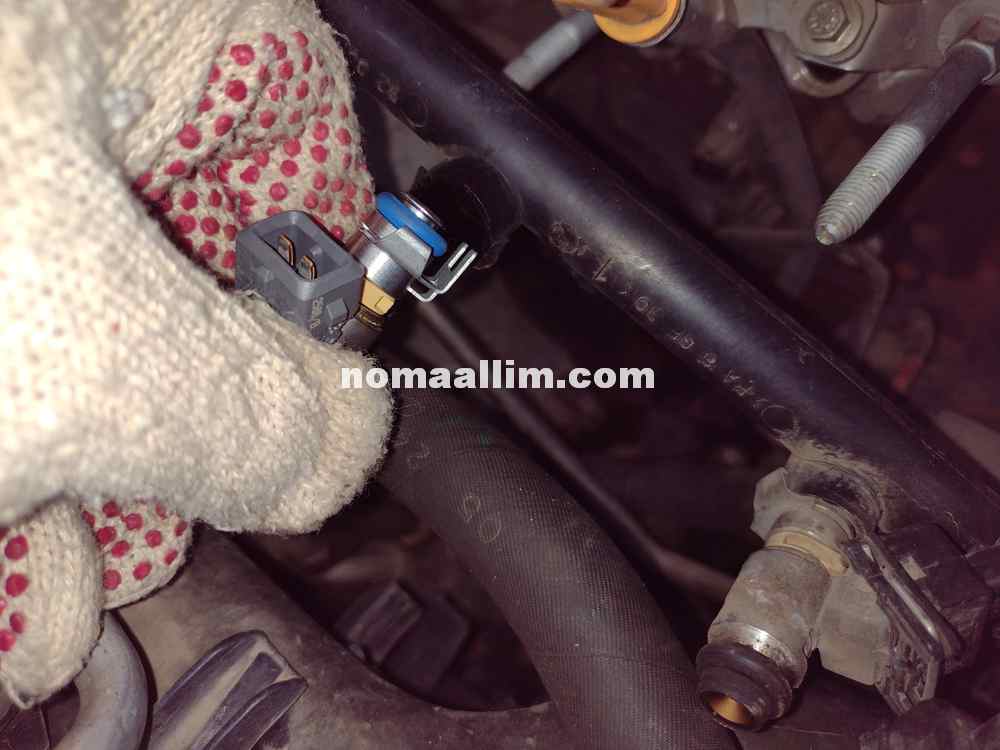 Gently tilt the injector and push with force until the first leg holds to its support. 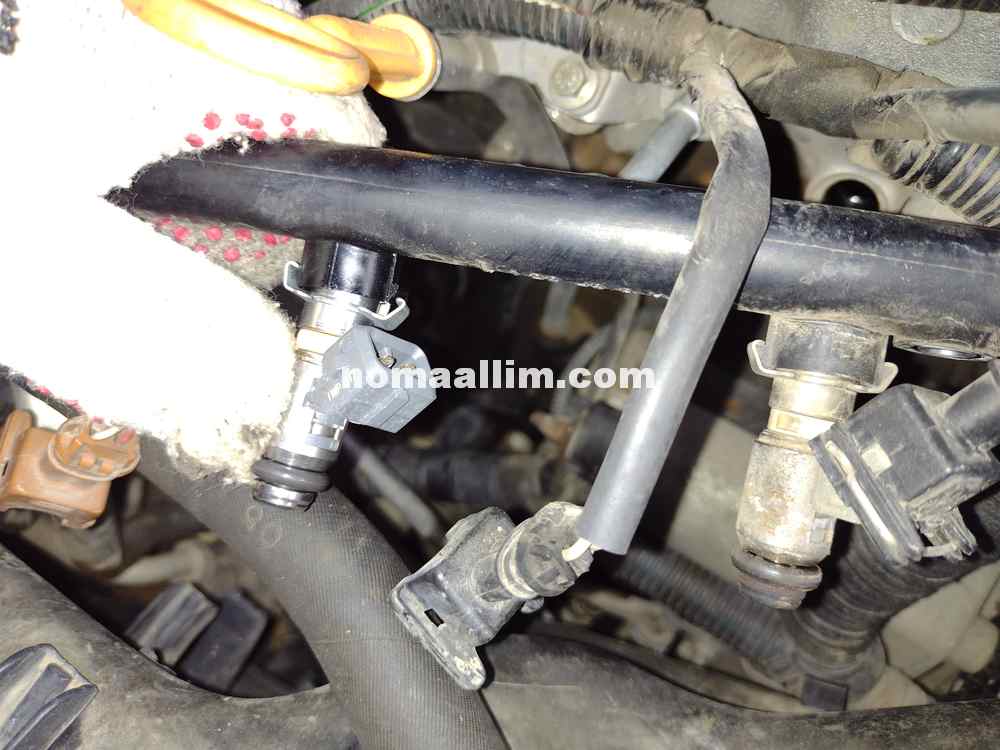 Tilt the injector while pushing hard until its other leg holds also to its support on the injection rail: 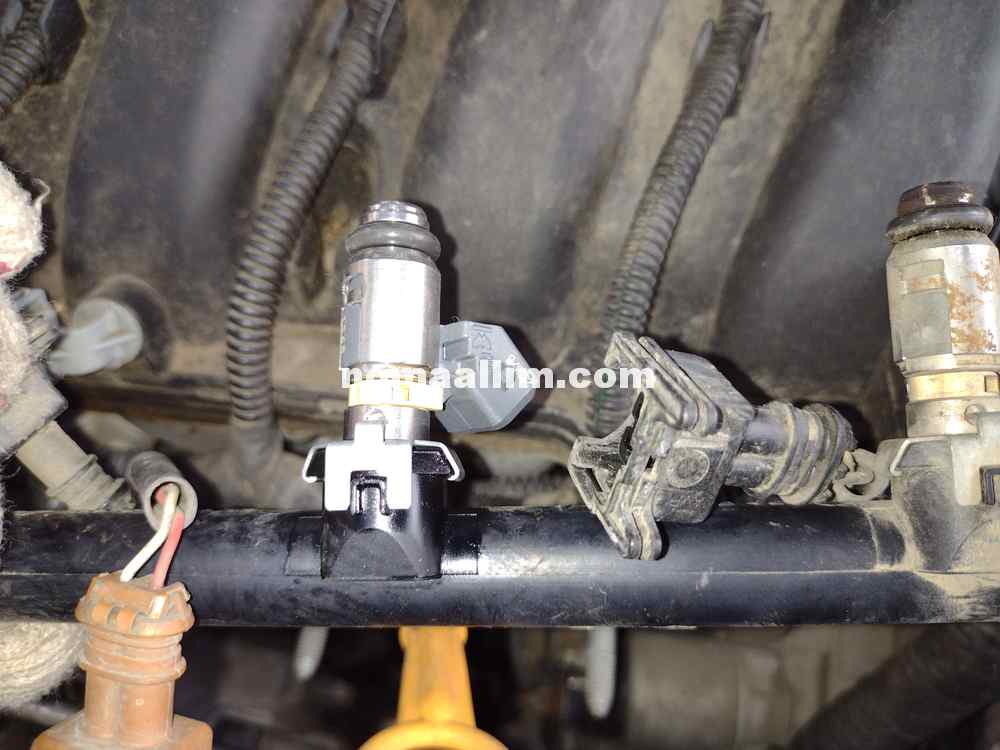 Refitting the injection rail on the Renault or Dacia Duster

Fit the nuts of the injection rail protector on their bolts along with a large and thick 8mm washer, so you can use a large slotted screwdriver as a lever for pushing the injection rail and injectors into their seats.
Proceed as follows: 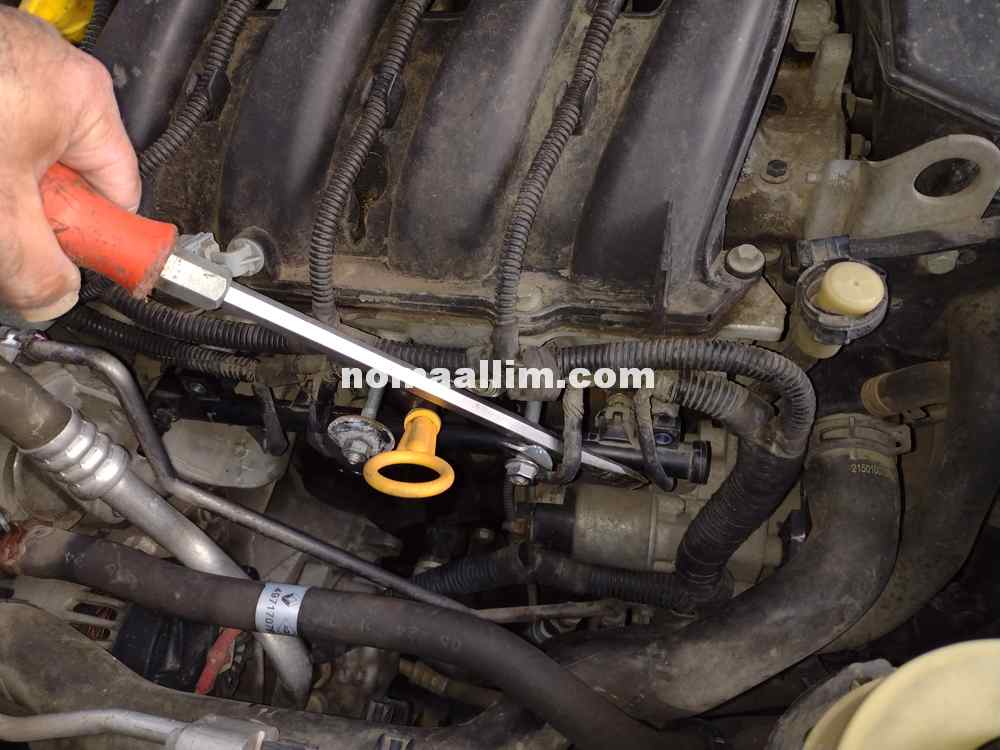 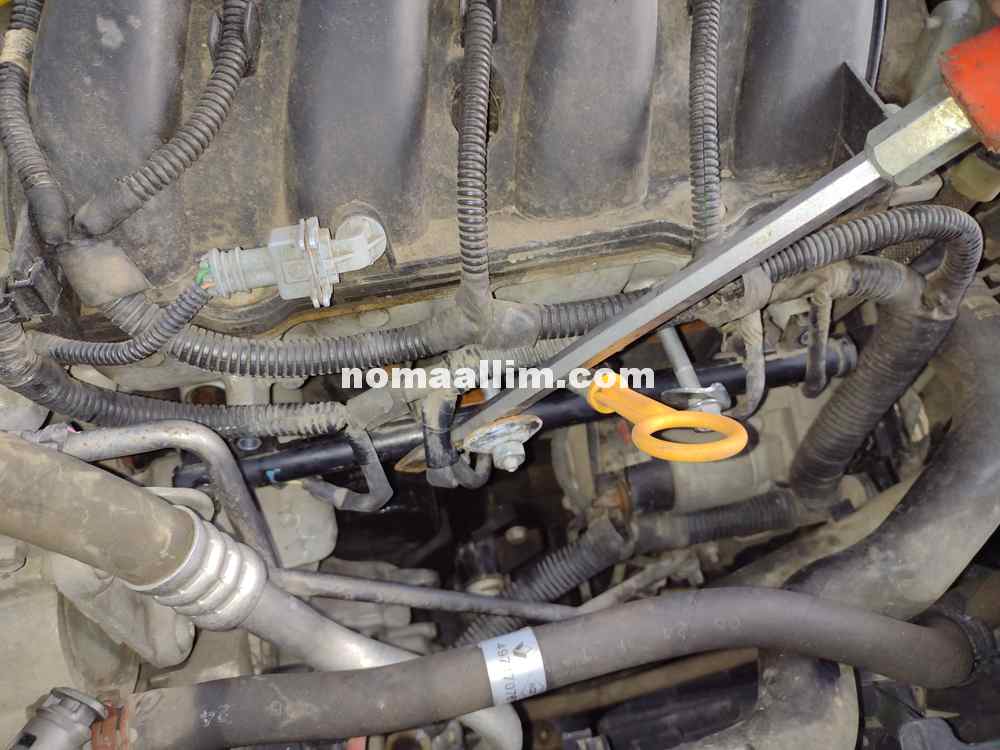