Using snap ring pliers remove the first snap ring that holds the metal drum of the hall effect switch.
It could have been fitted with a thin washer beneath make sure to collect it before attempting to pull out the drum. 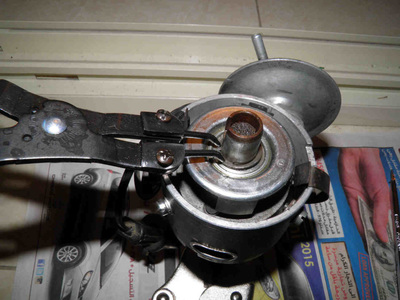 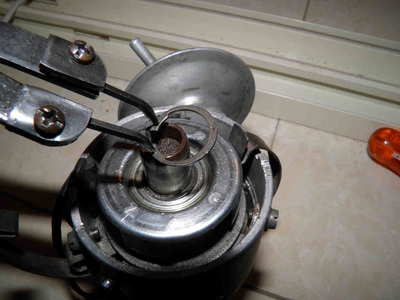 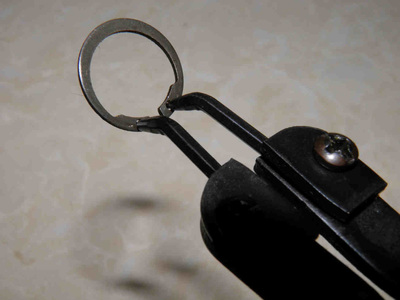 Remove the 3 screws that hold the Hall sensor and take out the Vacuum canister to make the next steps easier: 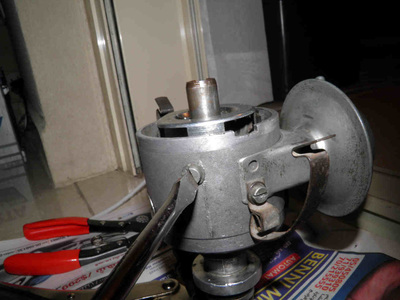 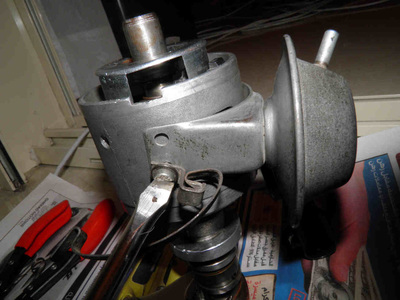 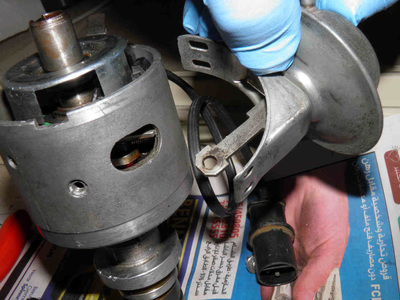 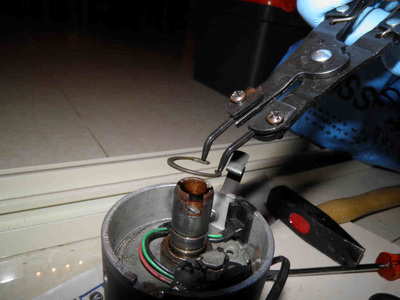 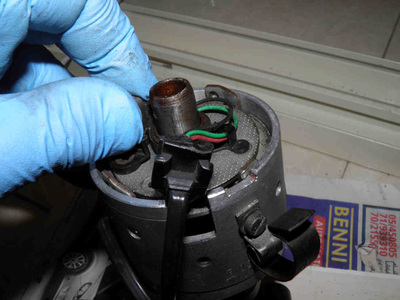 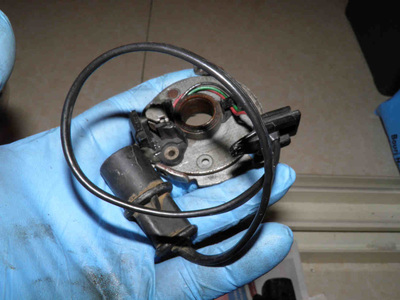 Unscrew and remove the vacuum advance canister as shown in Method 1.
​Remove the lower distributor window cap (left) with a screw driver or any curved sharp tool (middle left).
Rotate the distributor by hand until you see the centrifugal advance spring (middle right)
Release the spring from its holder (right). Do so for both springs. 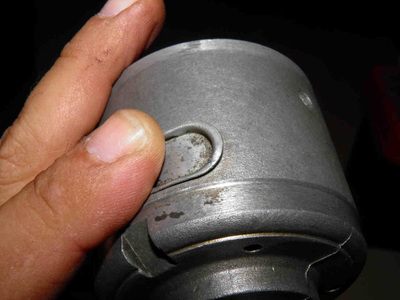 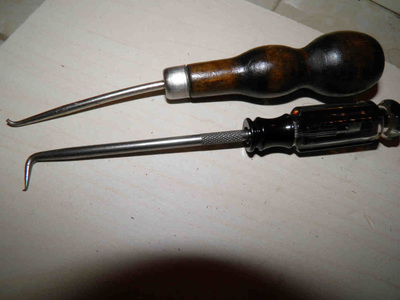 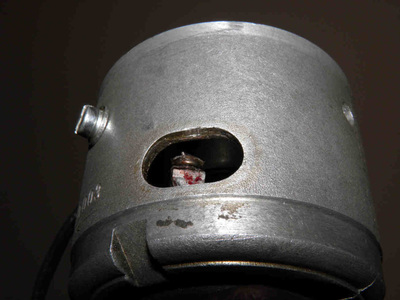 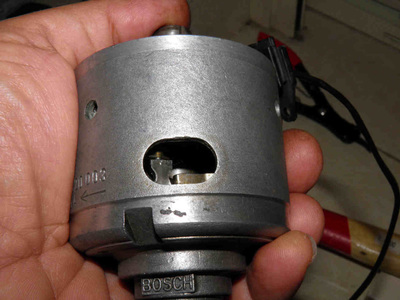 Pull out the complete rotor with the Hall effect pulse generator still assembled on it.
Take care not to drop one of the centrifugal advance timing springs in case it comes out with the rotor (usually only one would come out, the other spring remains attached to the mechanism at the bottom of the distributor).
You can then remove the Hall effect switch as shown in Method 1. 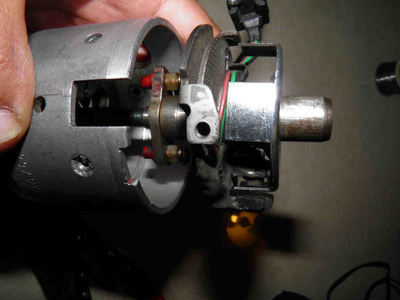 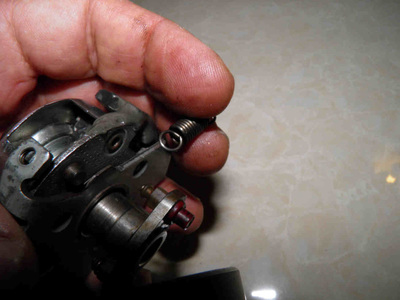 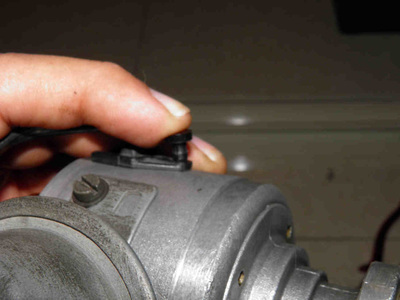 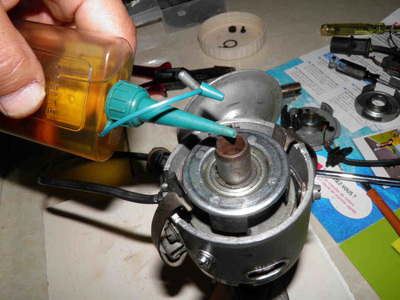 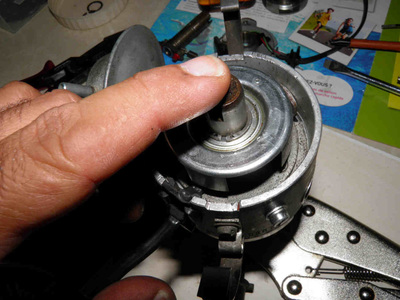 Testing the distributor prior to mounting it to the car

Power up the Hall effect switch from a battery.
The Hall generator has 3 wires, one to the battery + terminal, one to the battery - terminal and one to the output signal.
Connect an oscilloscope, select 500mV peak-to-peak, and 200ms scales.
Rotate the distributor by hand (let it spin freely as much as you can) and observe the generated pulses. 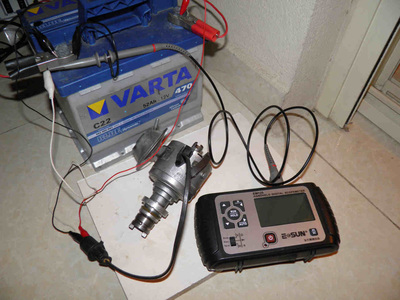 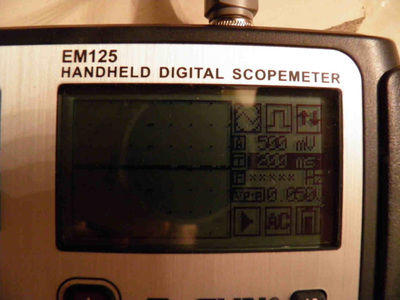 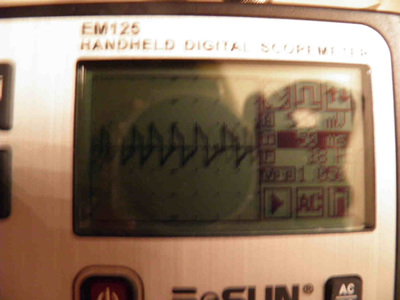 Upgrading to a programmable USB distributor 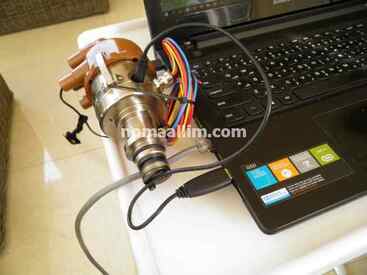