Saint Barbara was a Saint and martyr of the third century who died in Baalbeck Lebanon.
Her feast day of the 4th of December is remembered every year all over Lebanon's Christian community with specific sweets like Macarons and Qatayef. Children in Lebanese villages get disguised and go in small groups from house to house to recreate her story when she hid to avoid death by the hands of her own father who was furious to know she declared herself a Christian.
Here's a modified recipe of the Macarons (Maacrouns) proposing to have them baked instead of fried.
Mix well all ingredients of the Macaroons (Macaron, Maacroun) dough until obtaining a uniform powder out of of the flour, semolina, nutmeg, and sugar.
Add the butter and mix until uniform again then use all the oil and as much milk as needed to prepare the dough until it doesn't stick to your hands anymore. 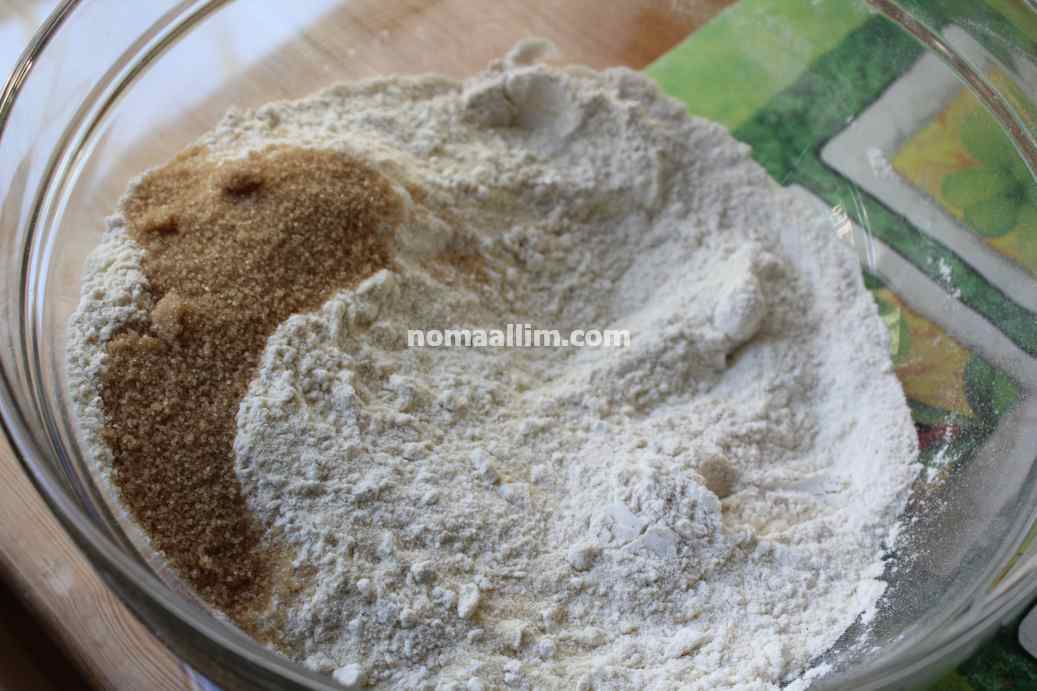 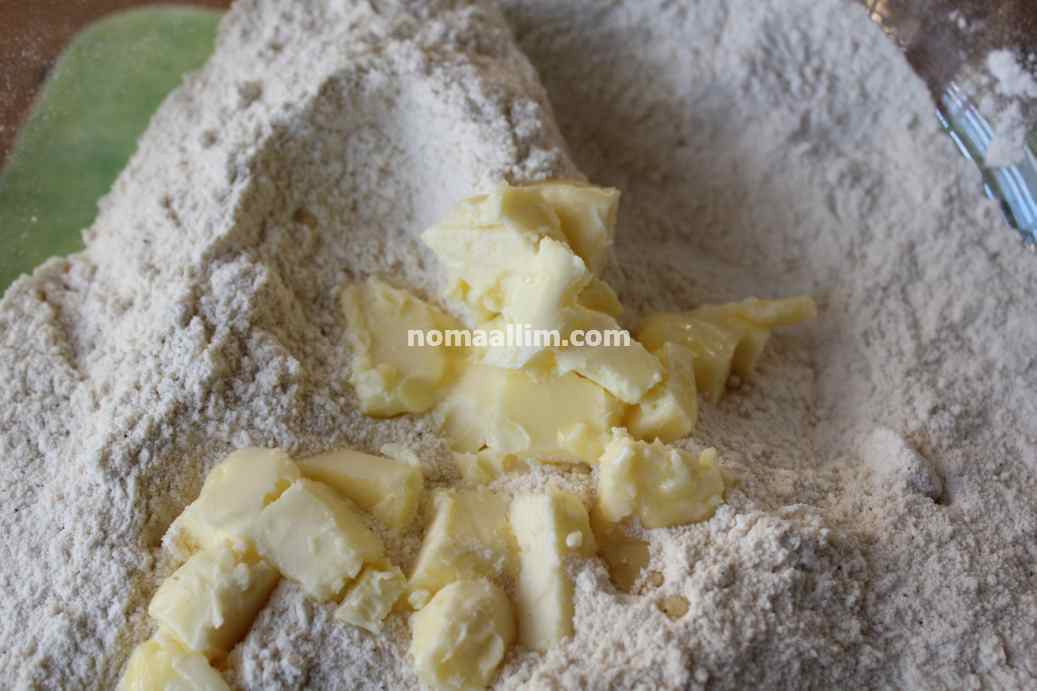 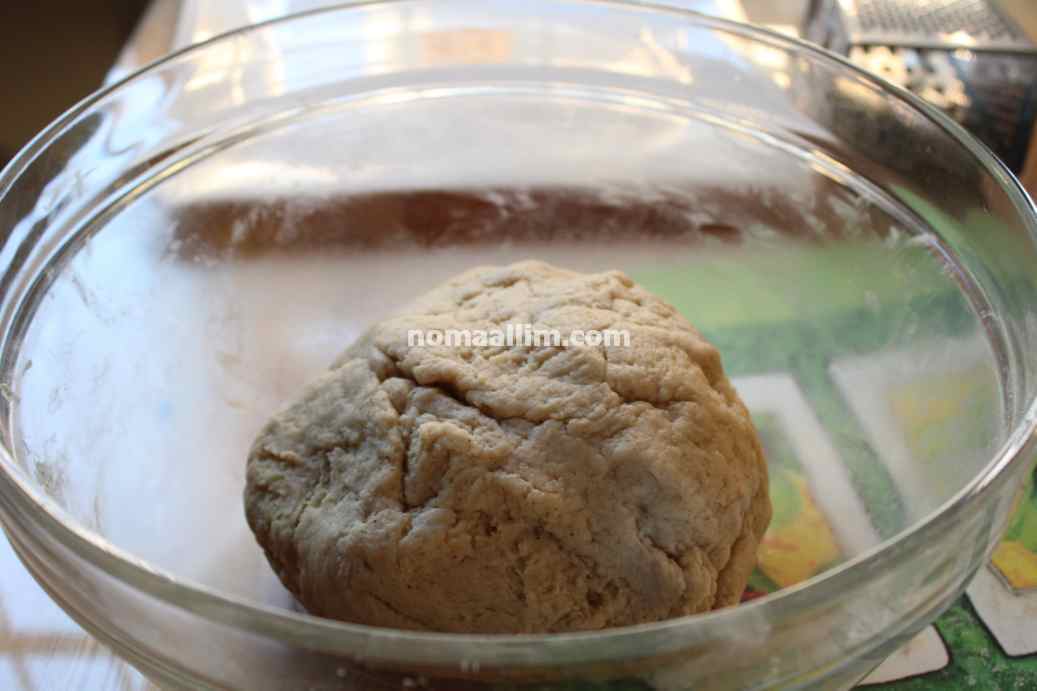 Create balls with the dough of 3-4 cm of diameter (left picture).
Use a grater as shown in order to flatten the Maacroons (Macarons, Macroons) dough ball (middle) with your fingers and at the same time roll it over the grater once forward and once backward.
This will result in the specific roll shaped dough (right) along with the decorative dots on its surface. 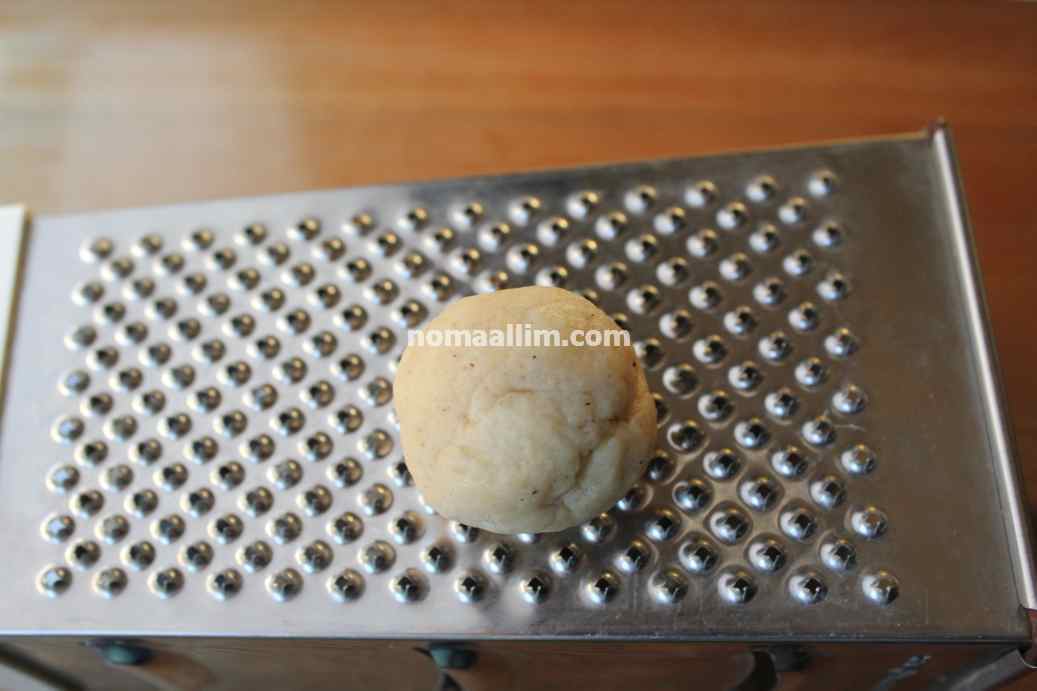 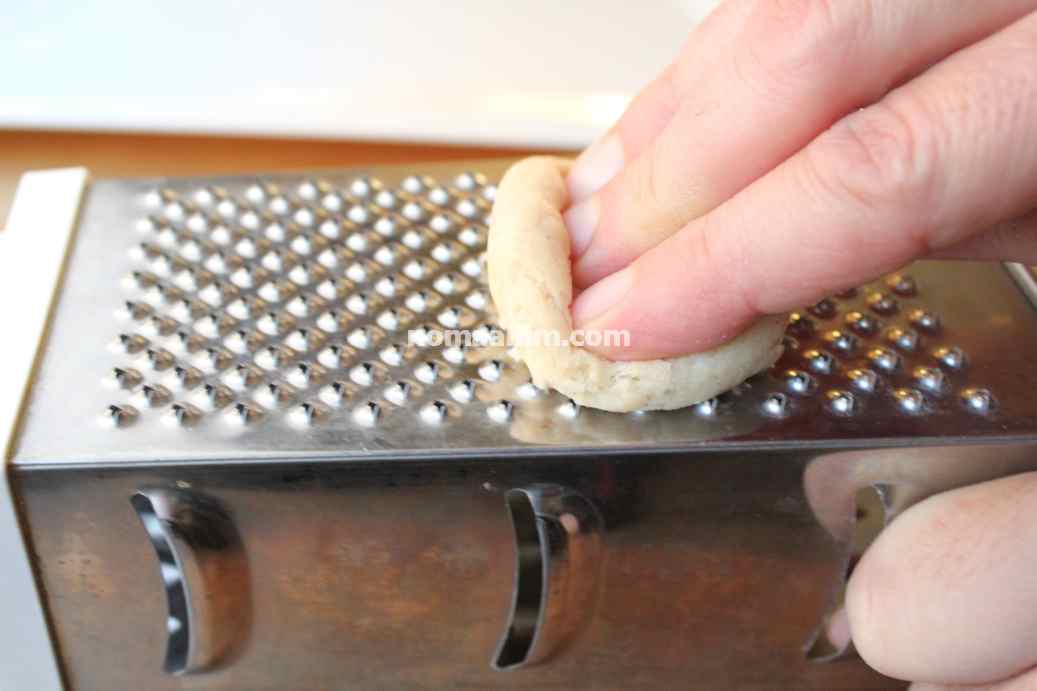 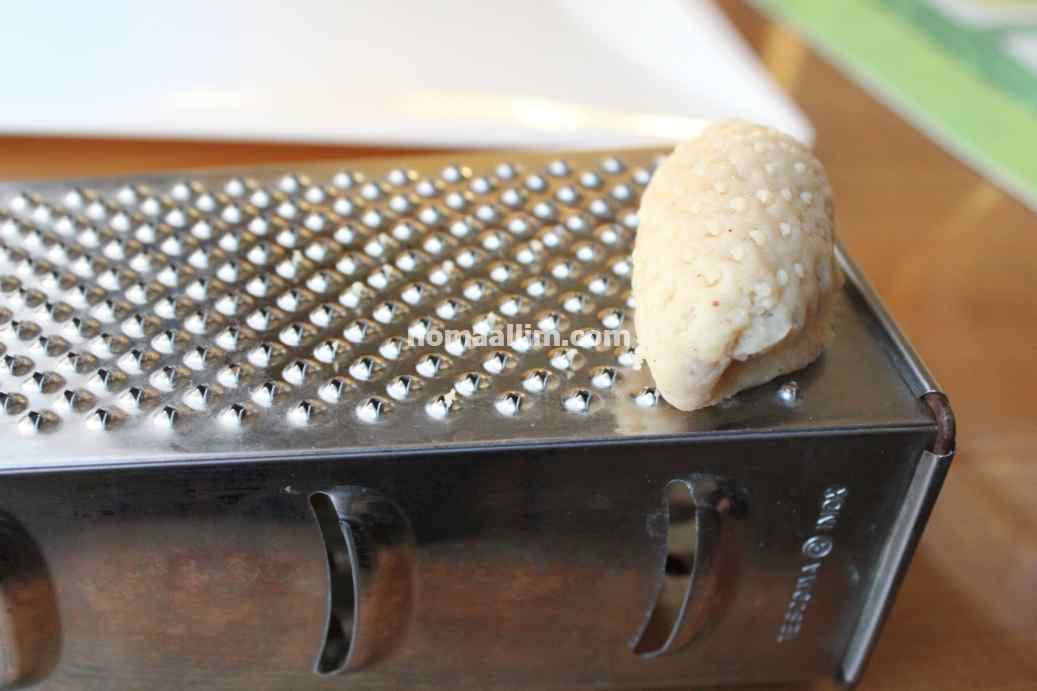 Pre-heat your oven to 210 degrees Celsius, apply a thin coat of oil or butter to any baking tray and bake the Macarons (Macaroons, Maacrouns) in any baking tray until they are golden brown.
Remove the Macarons from oven and soak them in syrup if you'd like them to be more sweet.
​Syrup will also let them be softer in your mouth.
Bon Appétit !
check out all our desserts recipes