Removing the crankshaft seals on a Peugeot 1.2VTi engine (EB2) 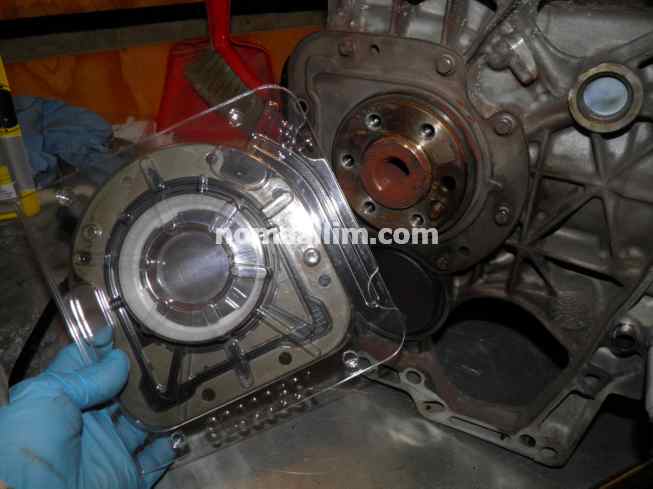 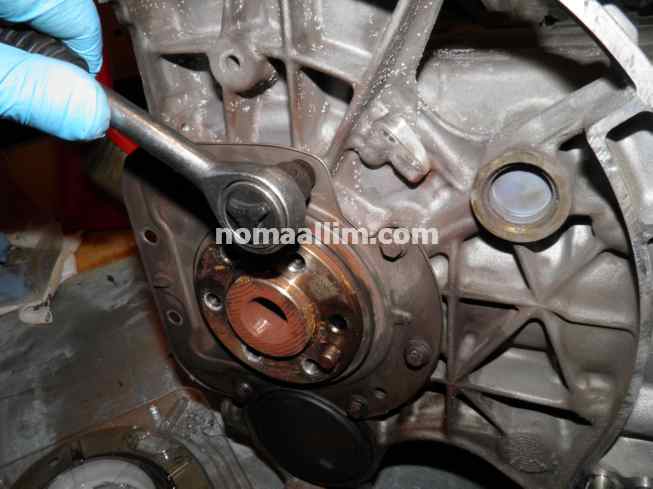 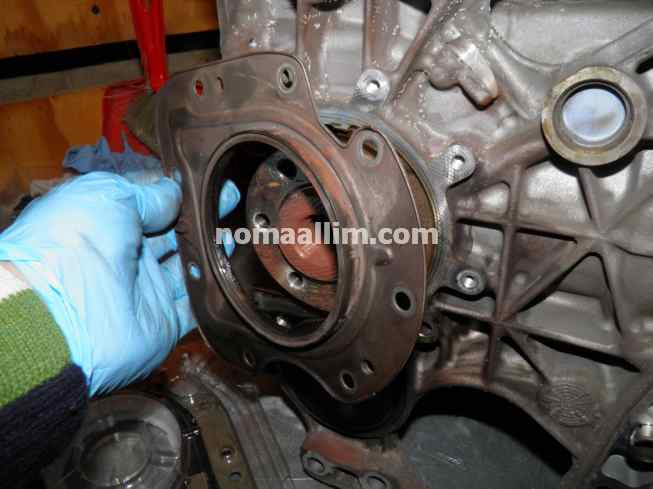 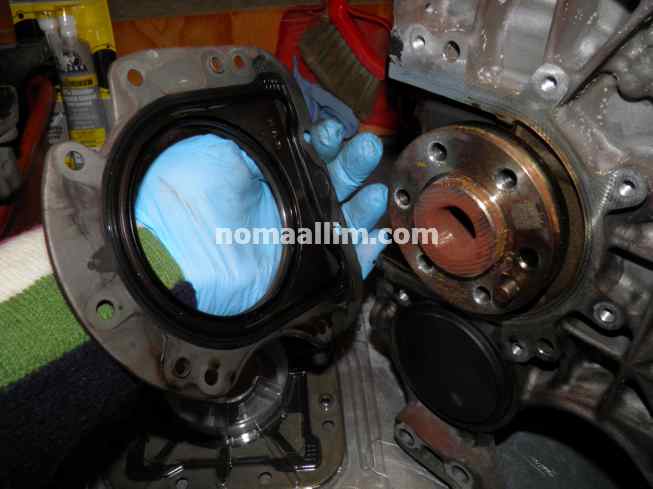 Use grit 400 sand paper to clean well the crankshaft wheel where the seal was fitted.
Remove any trace of rubber from the old seal.
Make sure to use grit 400 sandpaper or a finer grit (>400). Do not use a coarse sandpaper. 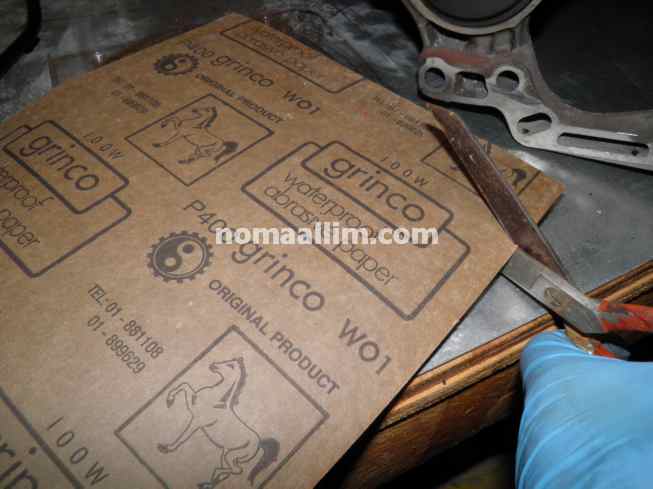 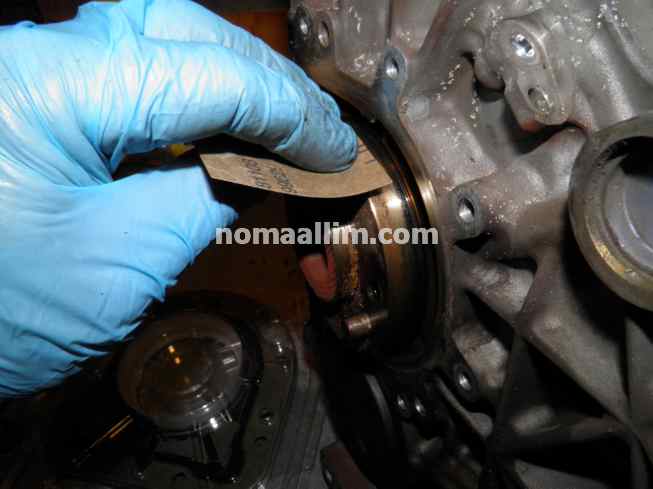 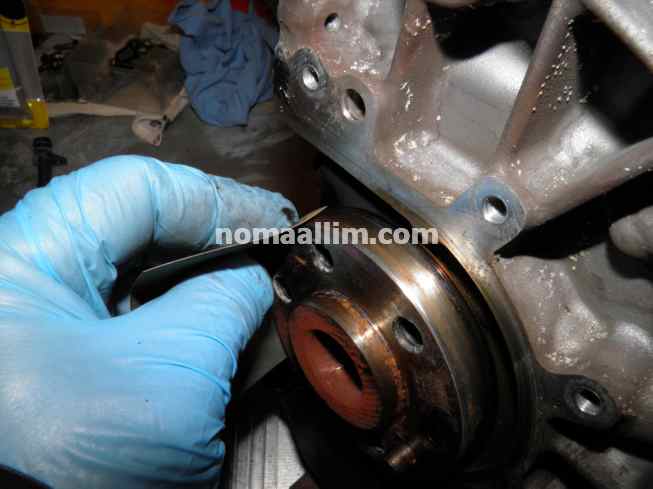 Put a drop of oil on the crankshaft wheel of the EB2 engine and spread the oil all around with your finger.
Now the new EB2 engine crankshaft seal is provided with a plastic cone to facilitate its refitting, however I do prefer removing the cone first, lubricating well the inner side of the new seal, then refitting the cone. This is to take absolutely no risk of damaging the new seal but again, this operation in particular is optional. 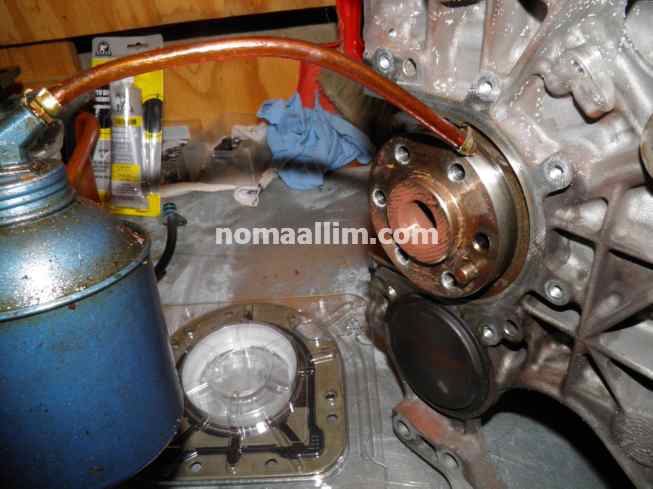 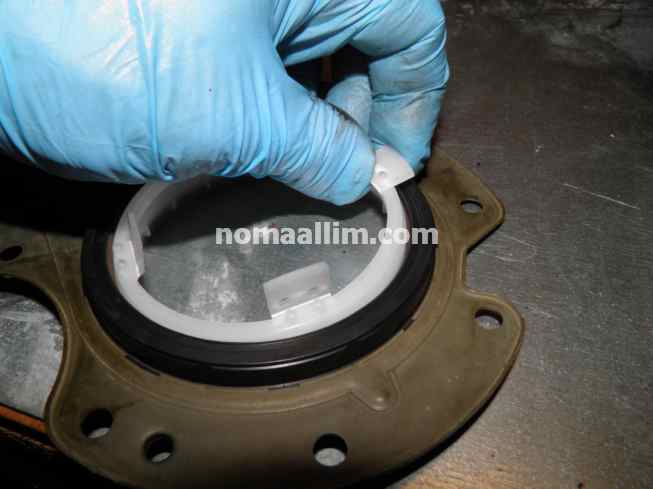 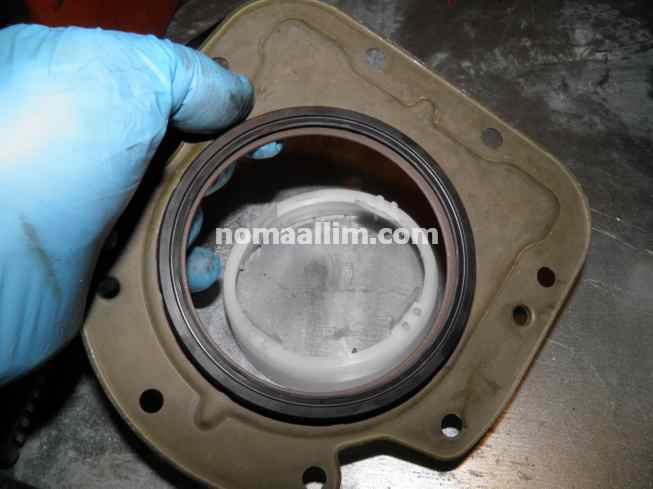 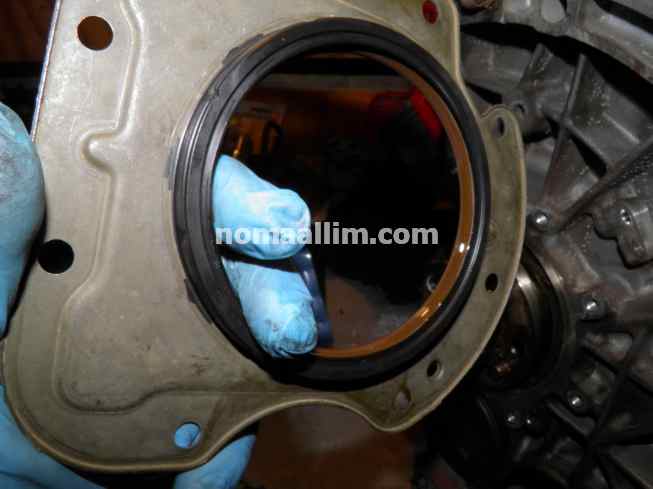 Place the new EB2 engine sealing plate as shown in the left picture and push the plate towards the engine block.
Take out the cone enlarger by gently pulling it out of the seal. 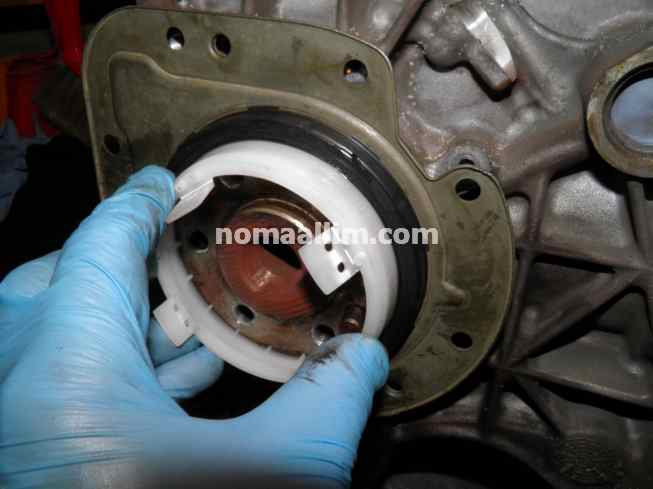 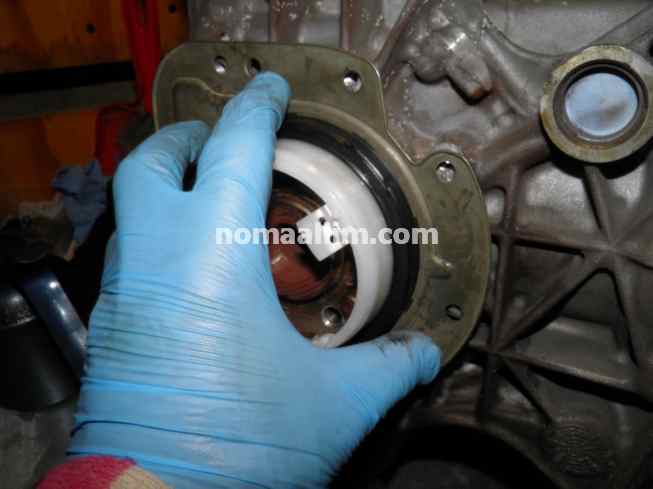 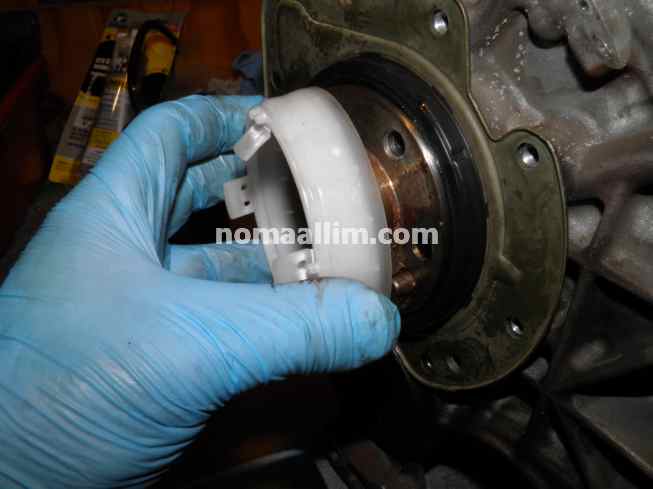 Refit the bolts and tighten to 0.8 Mkg. 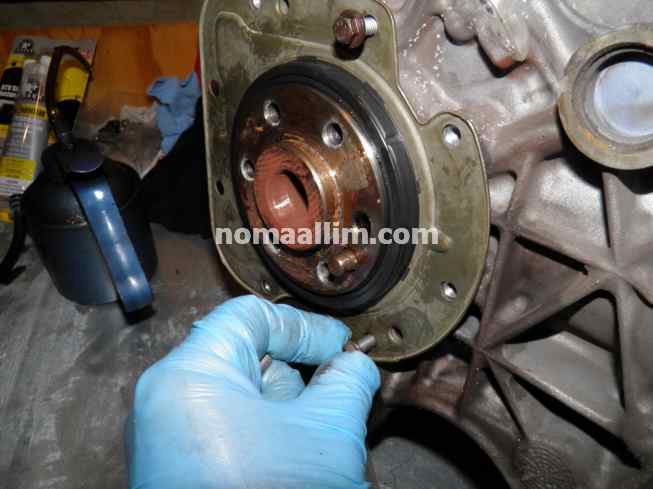