This rear engine mount found on a Peugeot 5008 is made out of 2 parts: Replacing the damper mount requires:
-Compressing the suspension coil spring
-Separating the wheel hub from the lower triangle arm
-Taking out the drive shaft
-Dismantling the engine support and carrying it to a press shop for removing and refitting the replaceable mount

The below pictorial shows how to remove and refit the steel and rubber bush of the Peugeot 5008 rear engine mount without a press and without removing the drive shaft. 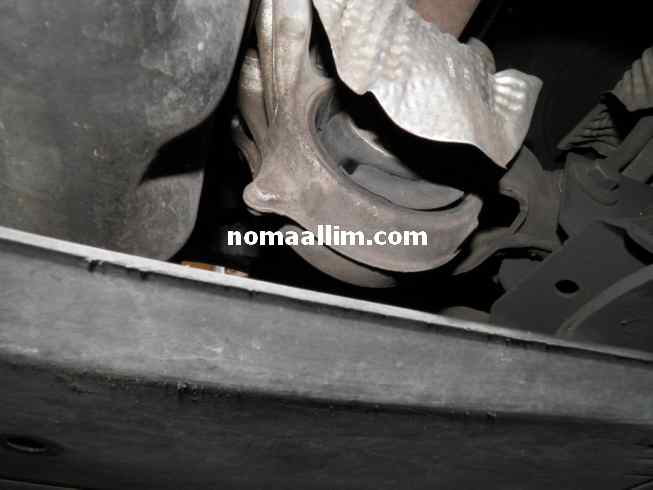 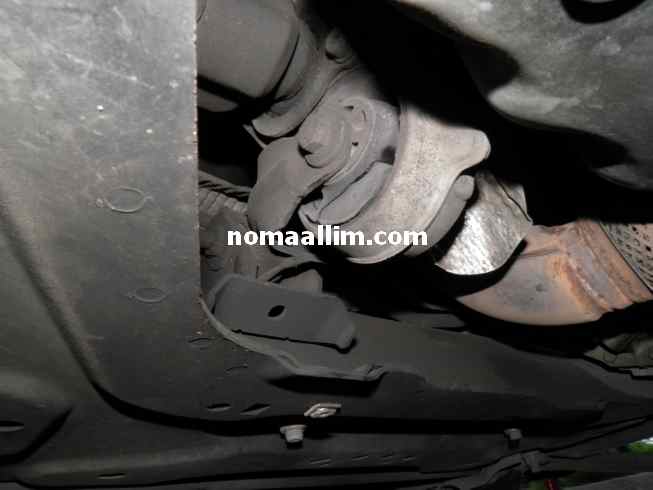 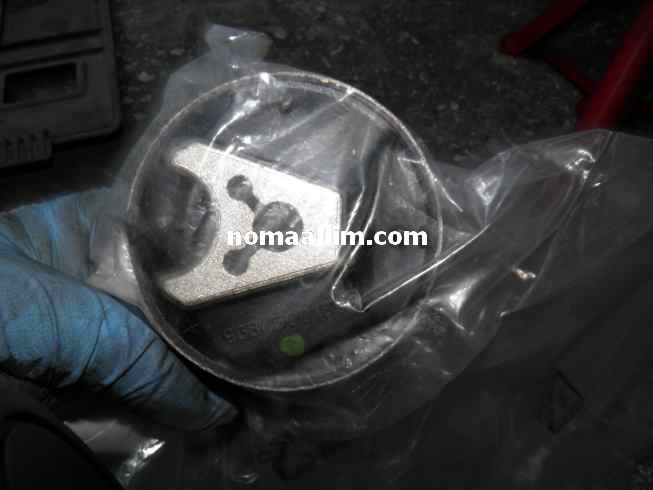 Unscrew and remove the two bolts that hold the link (fork) between the engine mount and the car chassis.
Use a large screwdriver to pull back the fork (right), eventually tilt it and bring it down out of the car. 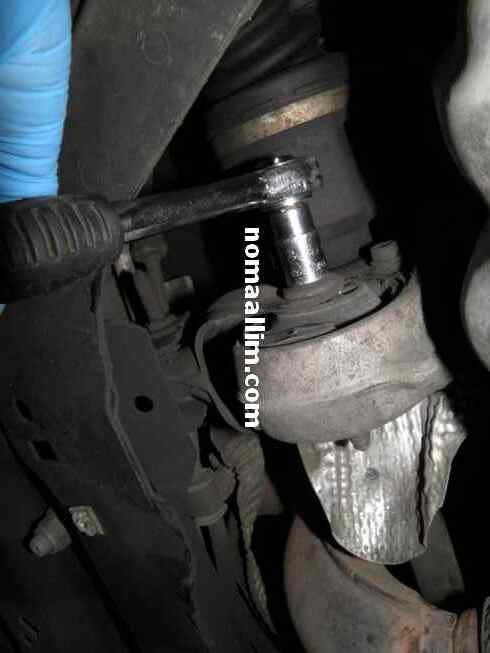 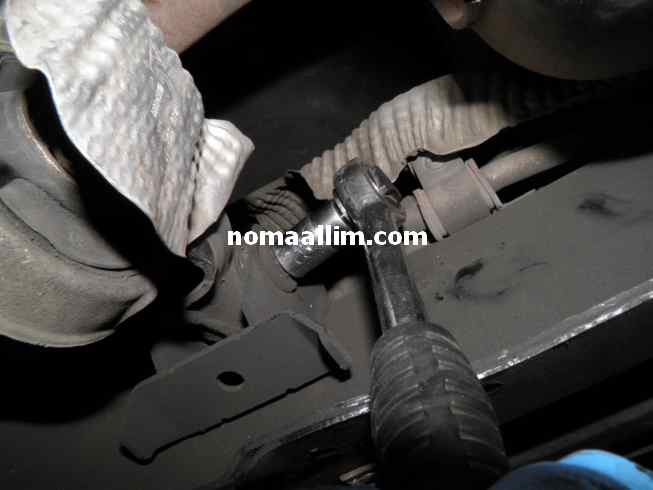 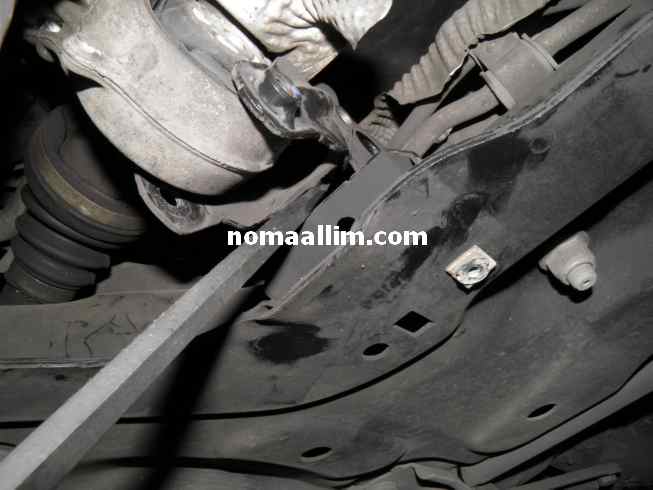 Use a large flat screwdriver to destroy and take out the worn rubber part of the engine mount bush.
This takes a minute especially on vehicles that were used in hot countries since the rubber degrades to a very brittle condition. 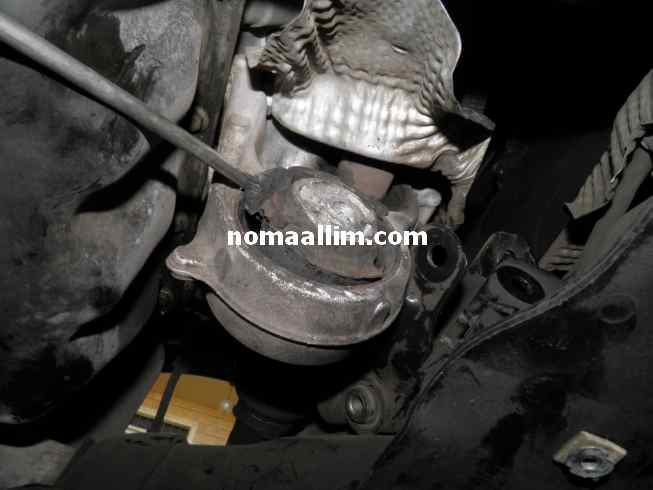 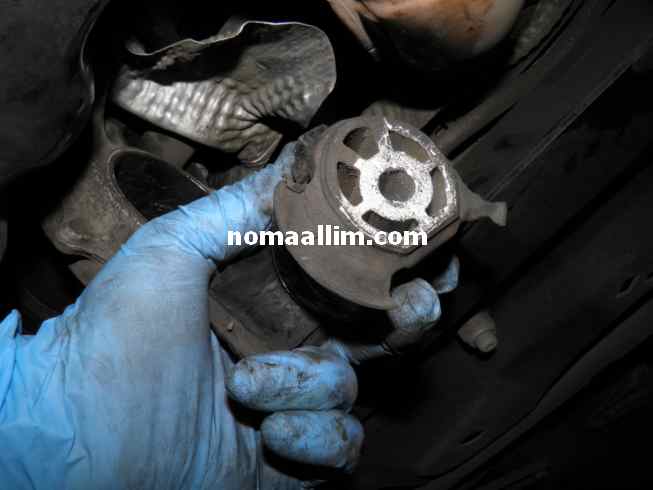 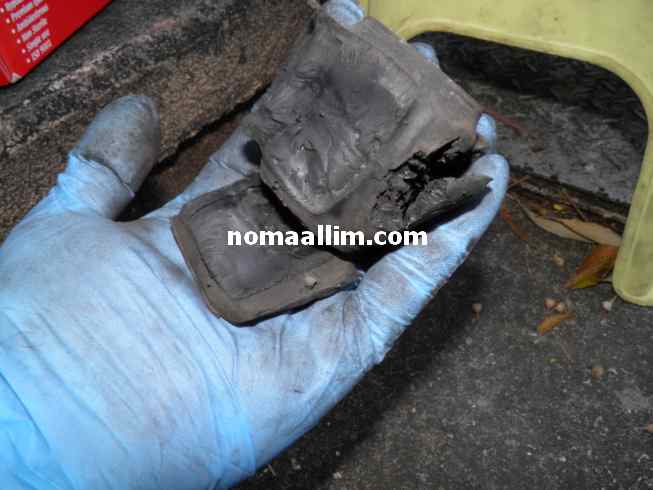 ​Now the most difficult part is to remove the metal ring part of the lower Peugeot 5008 mount and which was press mounted to the rear engine support.
Drill 2 holes of a diameter that is larger of a old Philips screwdriver, for example using a 6mm drill bit.
Hit on the metal ring as shown in the left picture to start deforming it then use a strong flat (slotted) screwdriver or a chisel to continue hitting on the ring until it falls out of its seat. 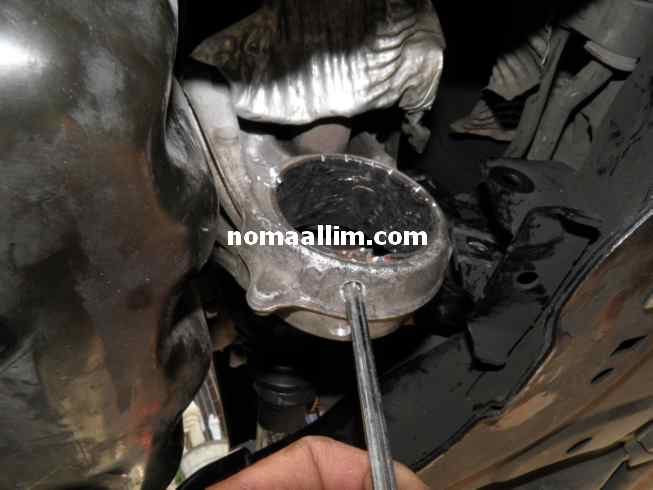 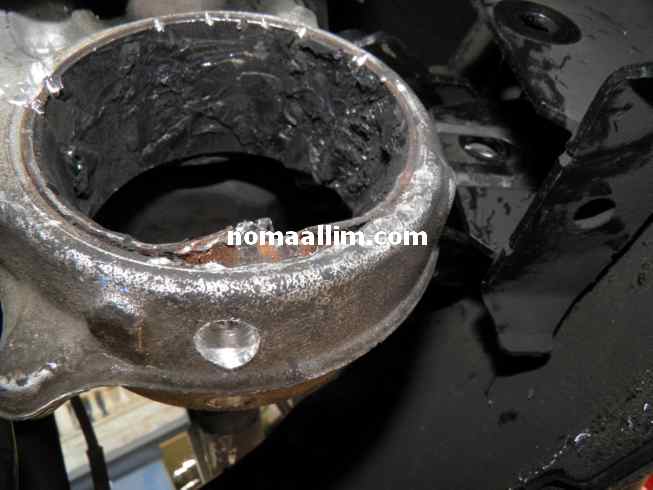 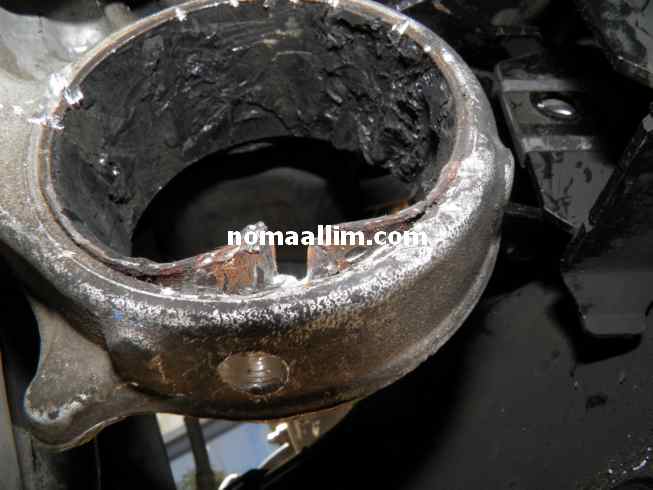 The engine mount of this Peugeot 5008 has now been dismantled in pieces.
The middle picture shows the new engine damper being compared to the one that has been removed to make sure it is the same.
Measure the diameter of the new mount with calipers as you need to take out 1 mm as shown further below.

Use an abrasive coarse sanding disc on an angle grinder to quickly reduce the diameter of the new mount.
Rotate the engine mount and use steady movements to take out 1 complete mm all around its diameter. 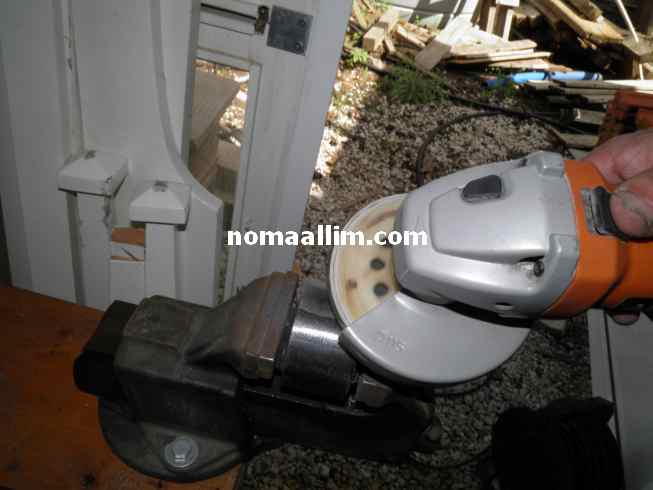 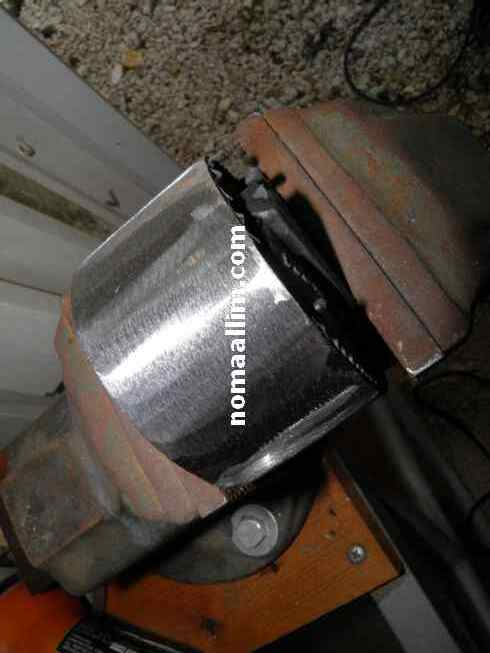 Make a last pass with a paper sander. 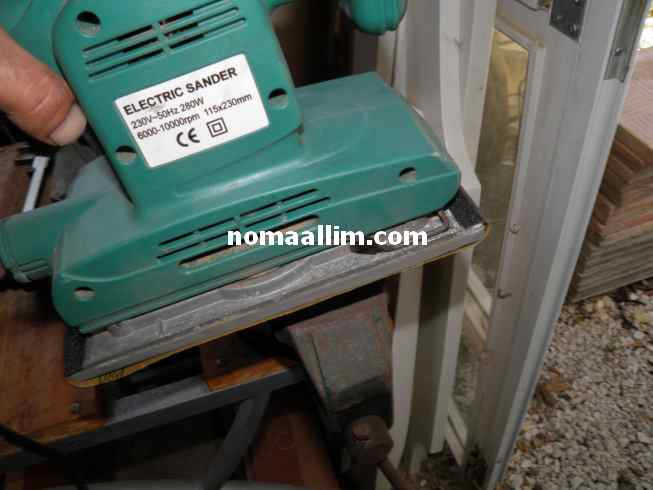 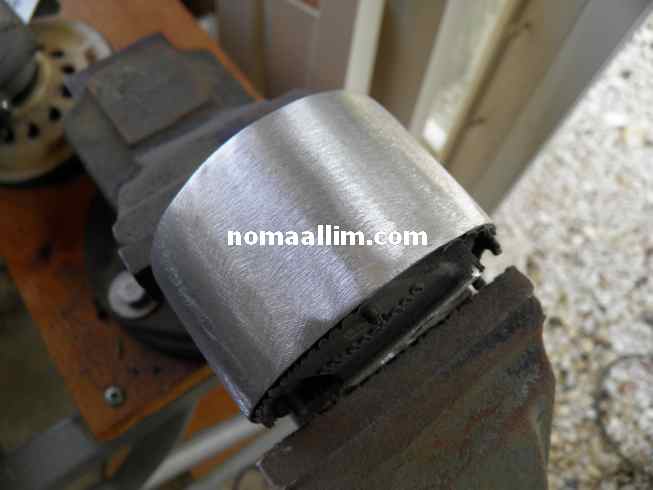 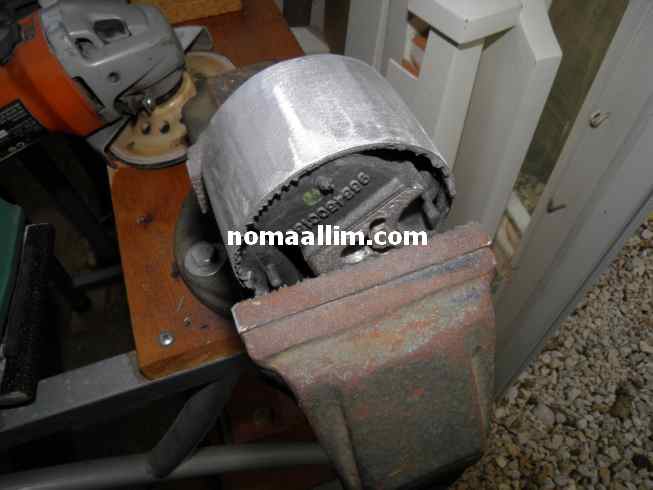 Enlarge the holes you had drilled to 8.5 mm of diameter and use 10 mm thread taps (middle) to create a thread for later fitting bolts inside. Clean well the inside of the engine support with a coarse sandpaper in order to remove any debris left by the drilling and threading. 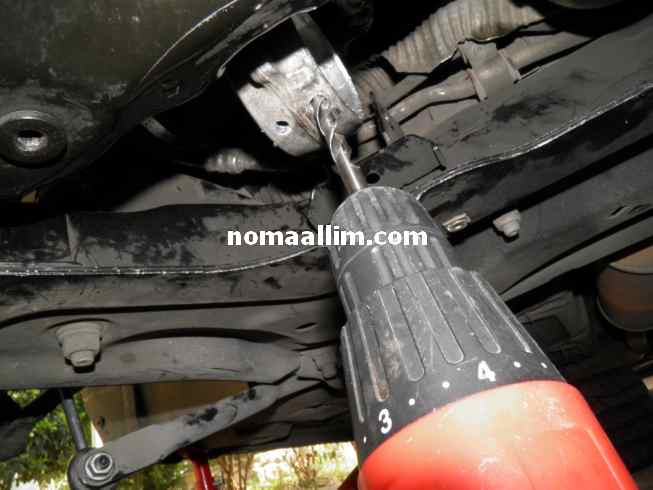 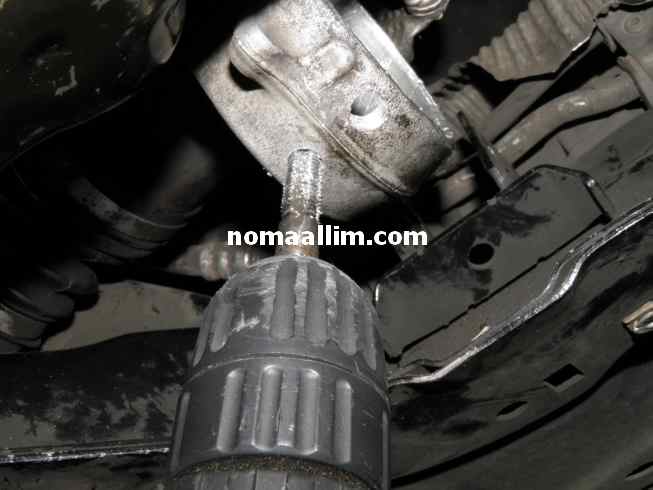 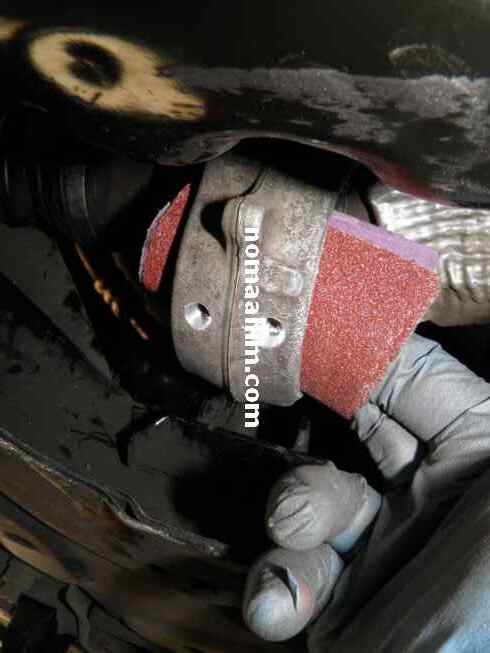 Insert the modified mount which should go in its support by hand.
Fix it with 10 mm bolts, preferably headless bolts.
Reverse other steps for completing the job. 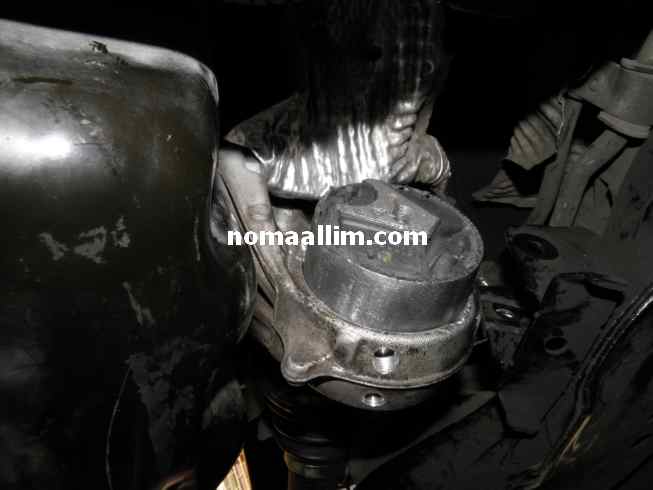 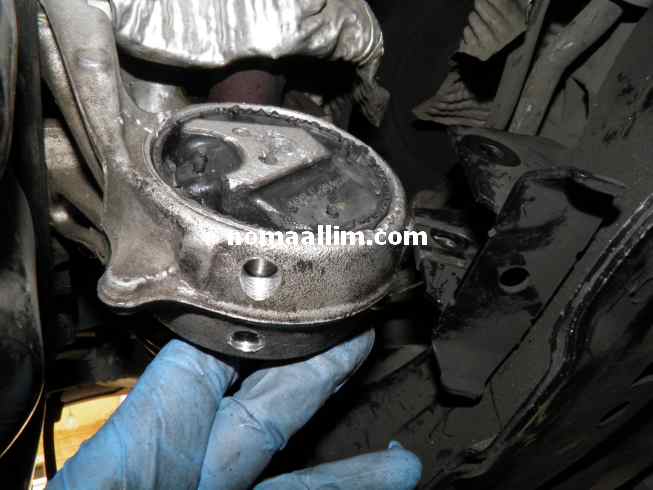 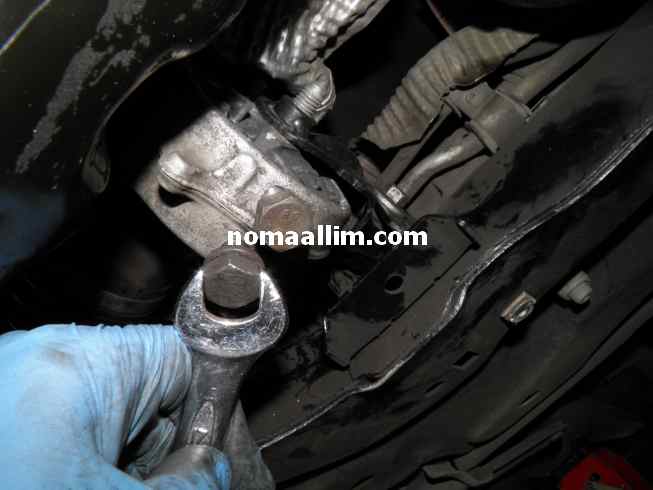