How to adjust and replace solid (mechanical) valve lifters |
Shown on a Peugeot 1.2 EB2 engine

Measuring the valve clearance on solid valve lifters in any engine

Regardless if your cylinder head is still on the engine or if it has been dismantled, the intake and exhaust valves gap measurement on the Peugeot EB2 engine and any engine fitted with solid valves lifters (mechanical lifters) has to be carried out as follows:
You have to use a feeler gauge (thickness gauge, thickness blade) that matches the given gap for your engine.
In case of the Peugeot 1.2 VTi engine, the valves clearances are as follows: In this case, two thickness gauges have been purchased, one of them providing directly the 0.38mm blade and the other one allowing to measure 0.21mm by combining the 0.15mm and 0.06mm blades.;
Insert the feeler gauge blade in between the cam and the valve lifter and observe the following: 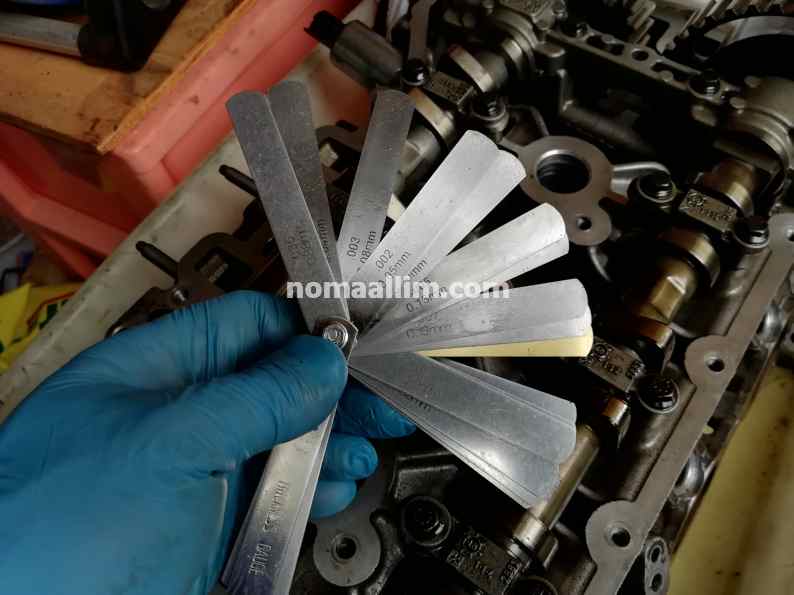 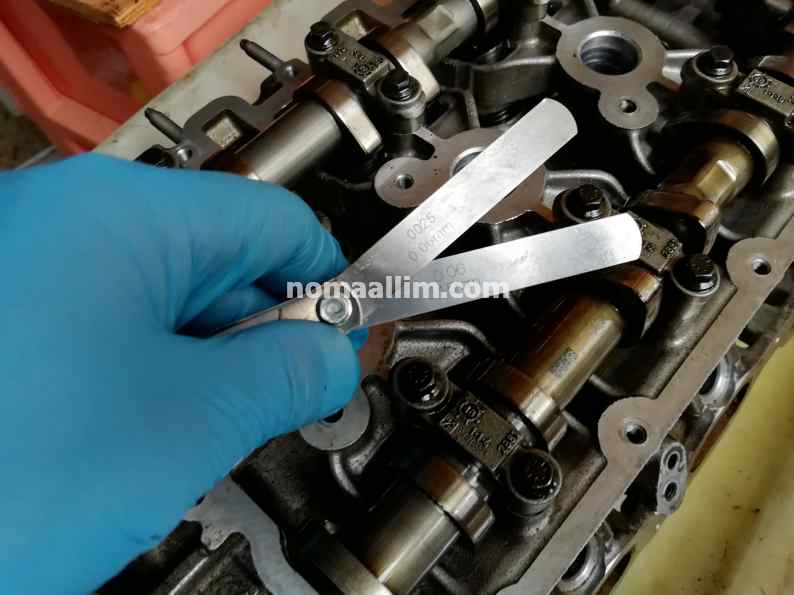 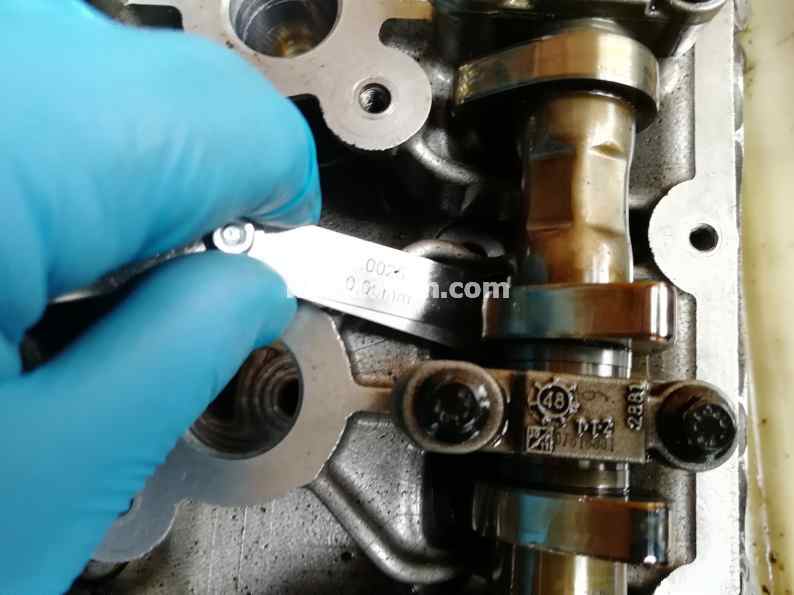 Repeat the measurement twice for each cylinder after rotating the camshafts to confirm the result which should be noted as per the below example where "left" means the valve to the timing belt side.
The non-conforming gaps have been marked in red in the below schedule:
And the same has been marked on the cylinder head itself with a permanent marker.

You need to use a micrometer with either range of 25-50 mm or 50-75 mm supplied with the right extension that zeroes the gap so you can measure 2 to 4 mm. 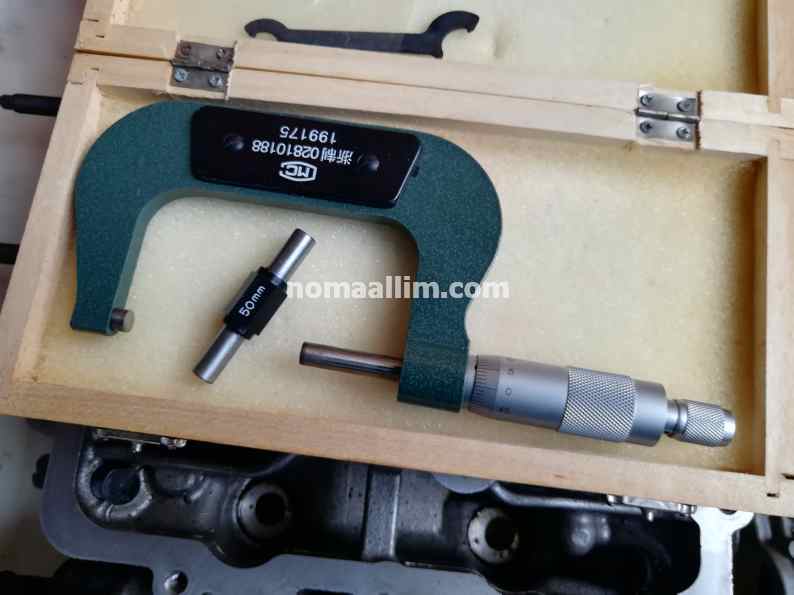 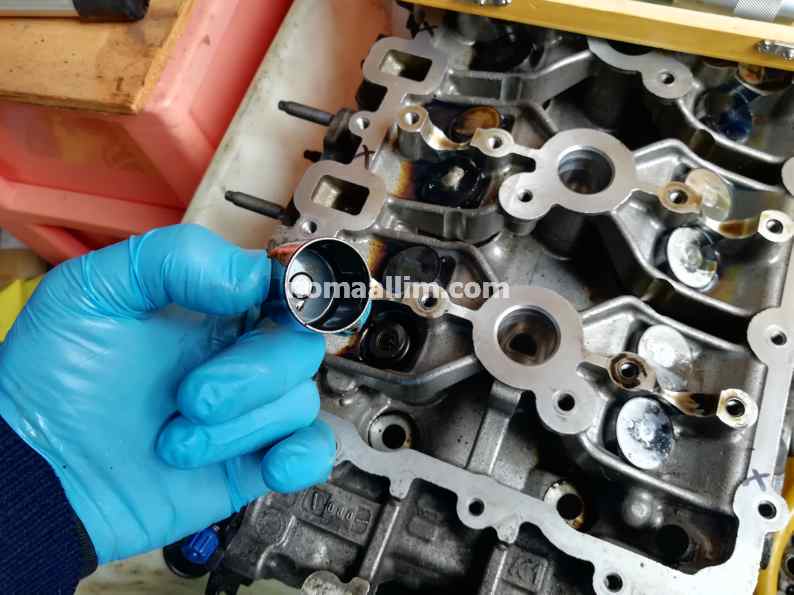 Measure the thickness of each non-conforming valve lifter and note it well.
Repeat the measurement twice to make sure of the value you found. 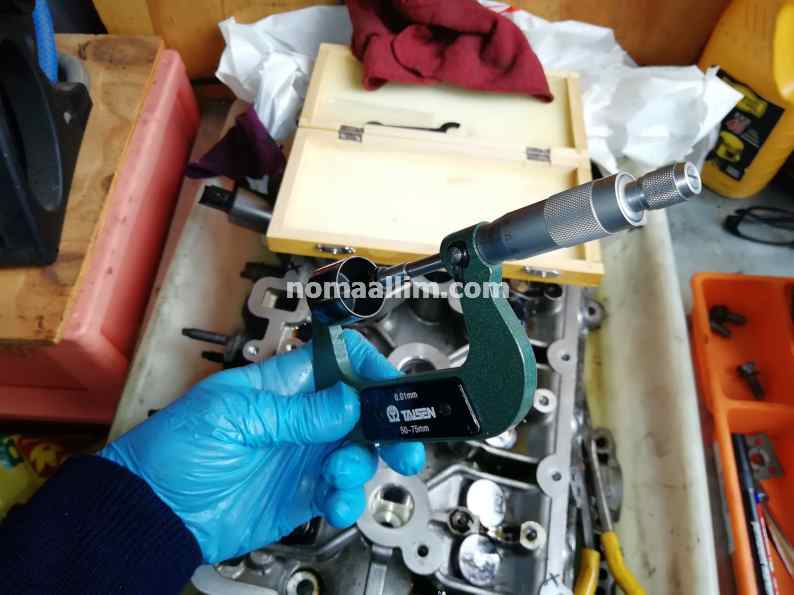 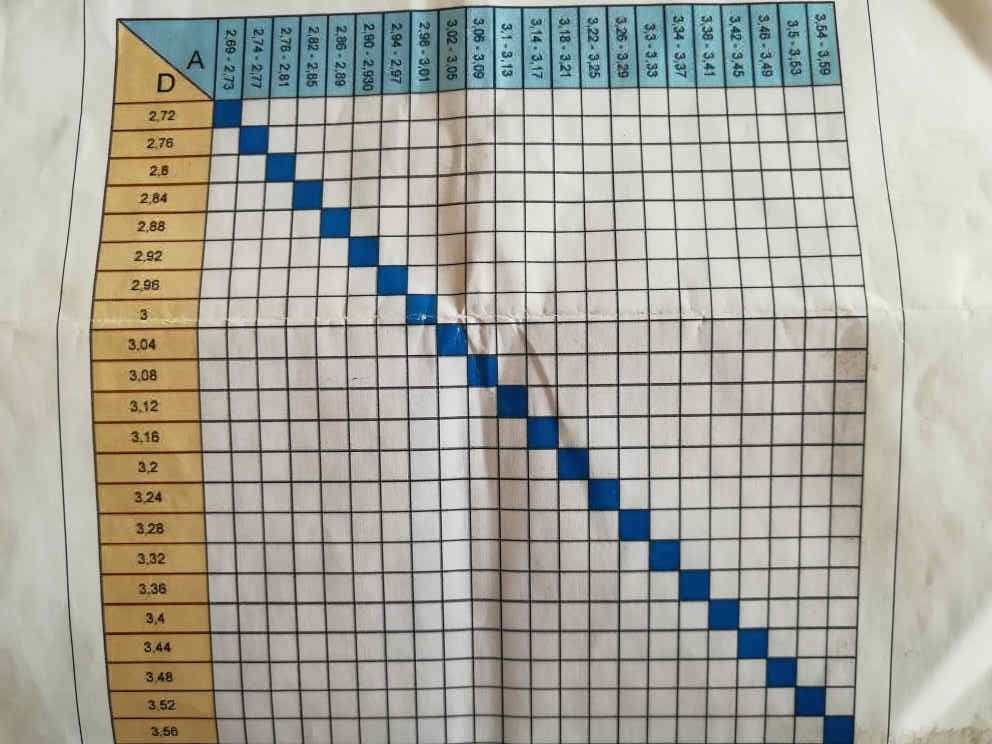 As a result, the new mechanical valve lifters to order are as follows:
Fit the ordered parts to the cylinder head and measure again the valves clearance to make sure of the result.
Note how two parts have been ordered for the mechanical lifter of cylinder 3 exhaust right, so both can be tried since the calculated solid valve lifter thickness falls in between two ranges.
That's it!