How to remove the cylinder head on PSA EB2 engine
​Shown on Peugeot 208 1.2 VTi PureTech 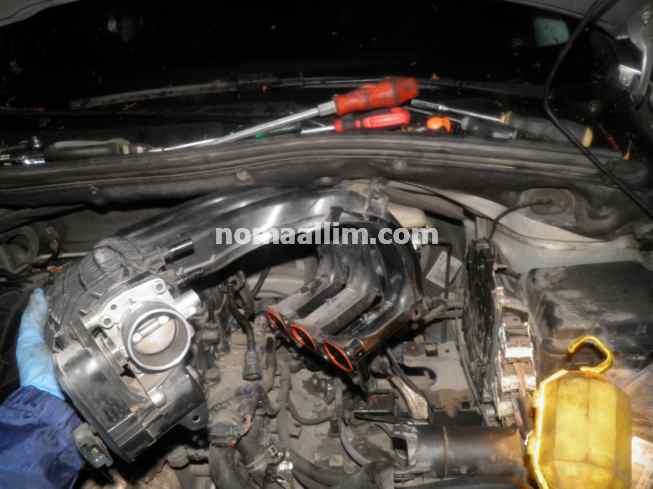 Disconnect all three injectors and free the electrical harness from its attaching clips. 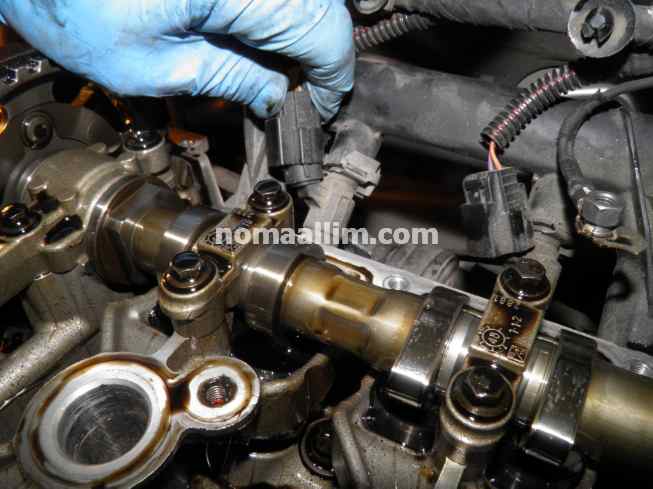 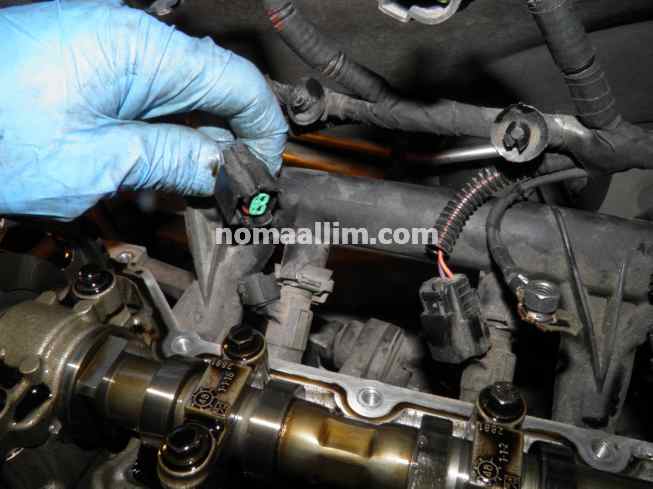 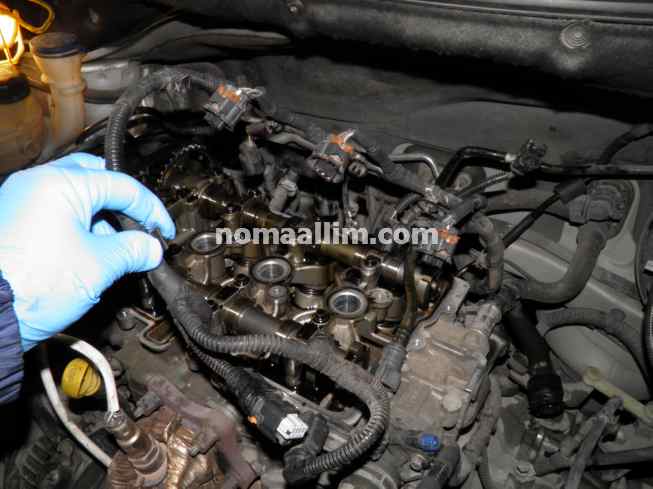 Disconnect the fuel supply line, take it out of the mpfi rail and plug both the line and the rail with whatever plugs you have. 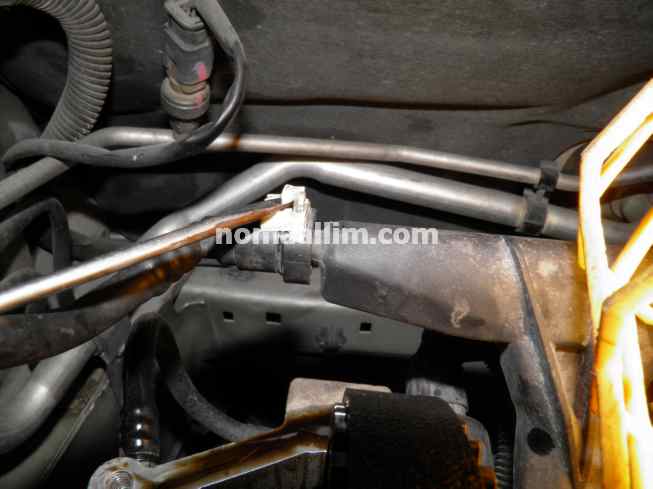 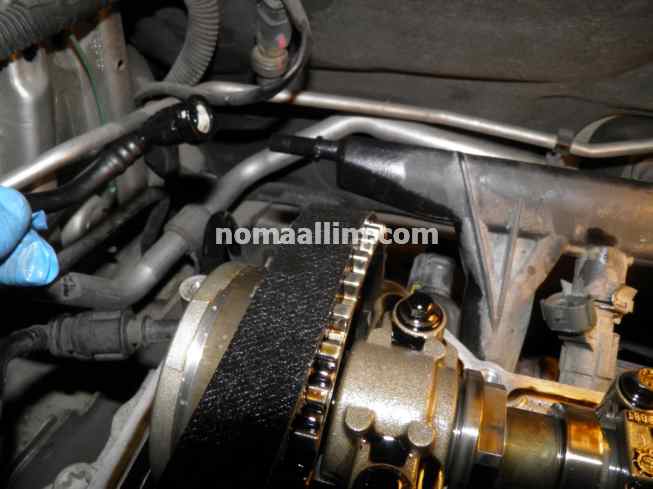 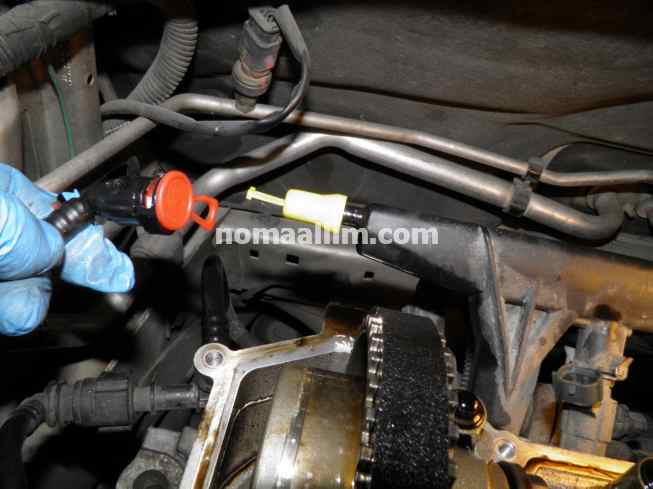 Unscrew the two bolts that hold the mpfi rail to its supports and pull it out. 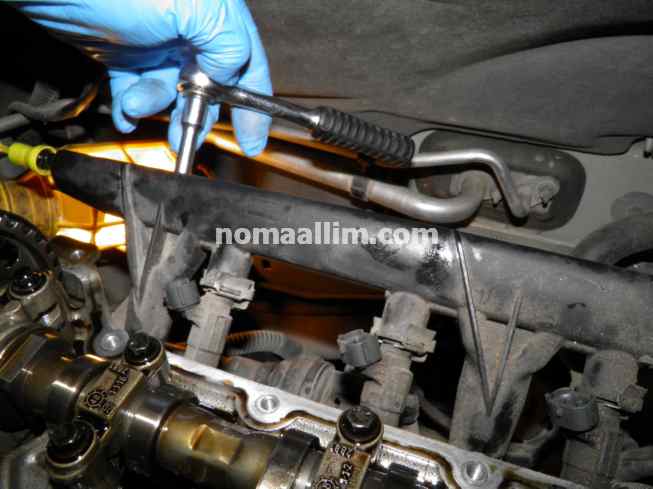 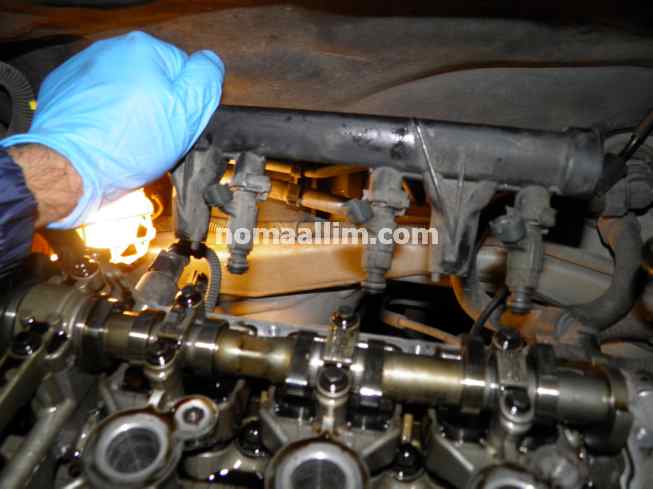 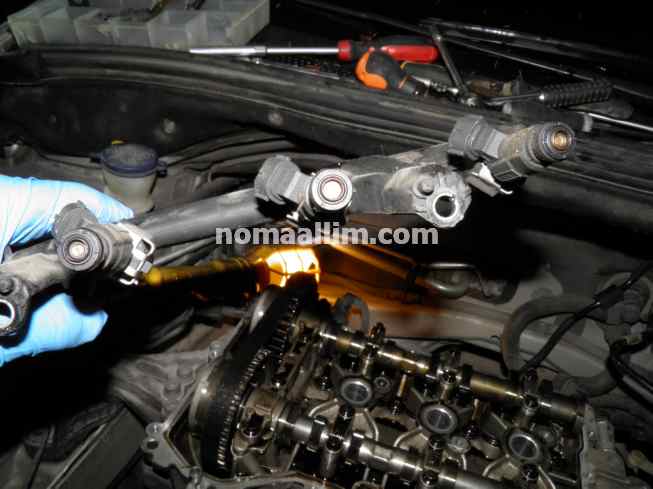 Removing the catalytic converter of the Peugeot 208 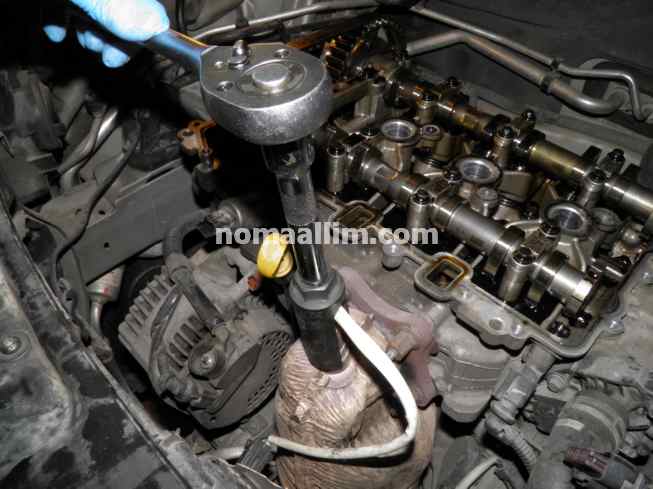 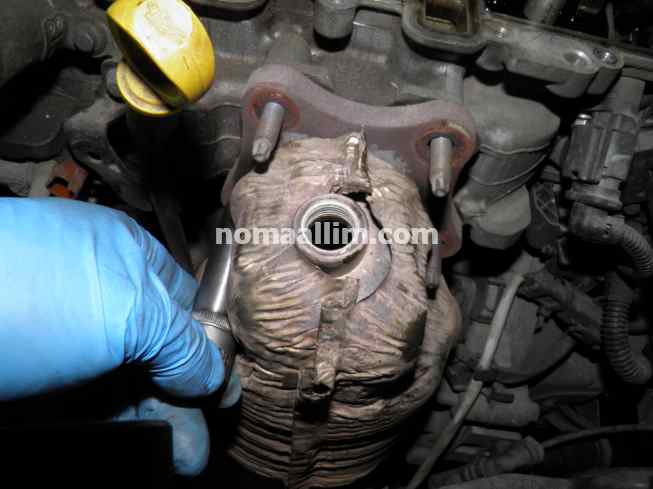 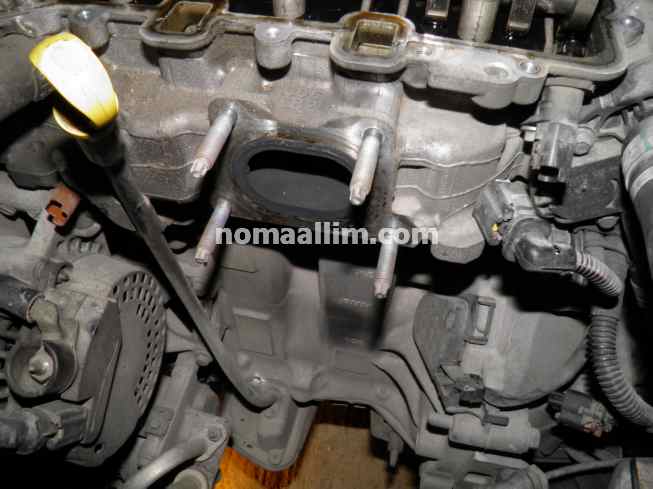 Removing the right engine mount (support) on the Peugeot 208 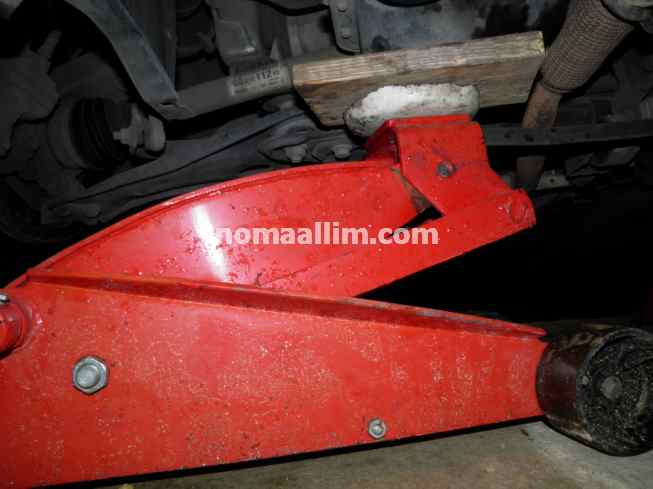 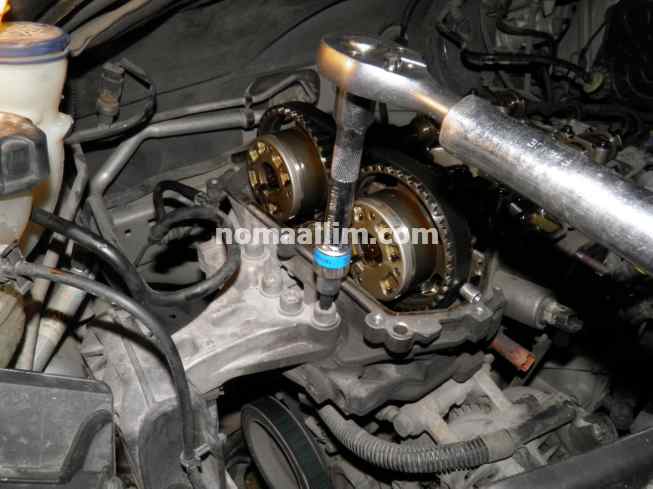 Removing the camshafts of the EB2 engine

You cannot access the cylinder head bolts without removing first the camshafts.
Click on the below link for the details of the Peugeot EB2 engine camshaft removal.
How to remove the camshafts on the EB2 engine

Disconnecting all sensors and hoses on the EB2 engine cylinder head 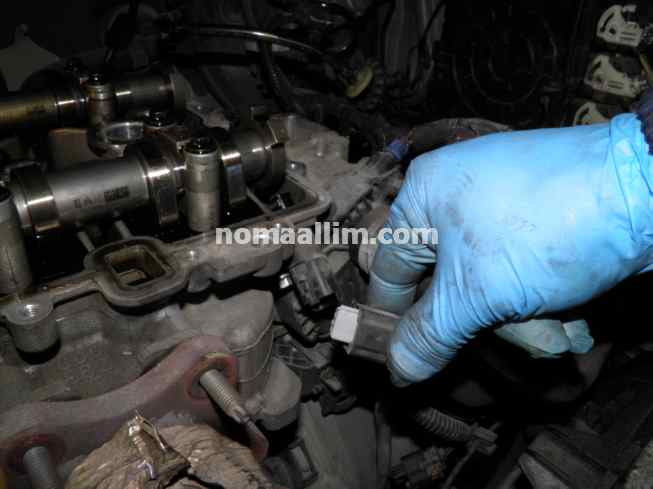 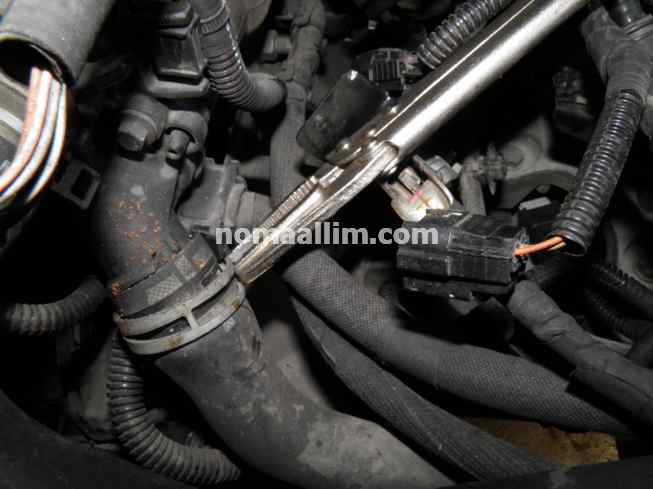 You need to remove the variable valve timing regulation valve at the intake side in order to be able to take out the last fixing bolt of the cylinder head. Proceed as follows: 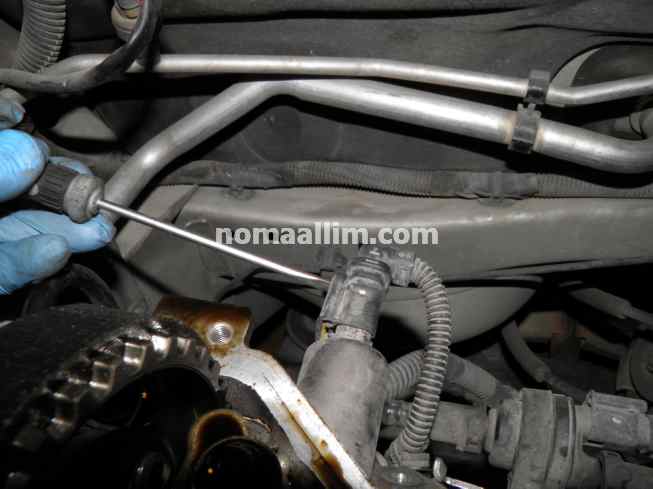 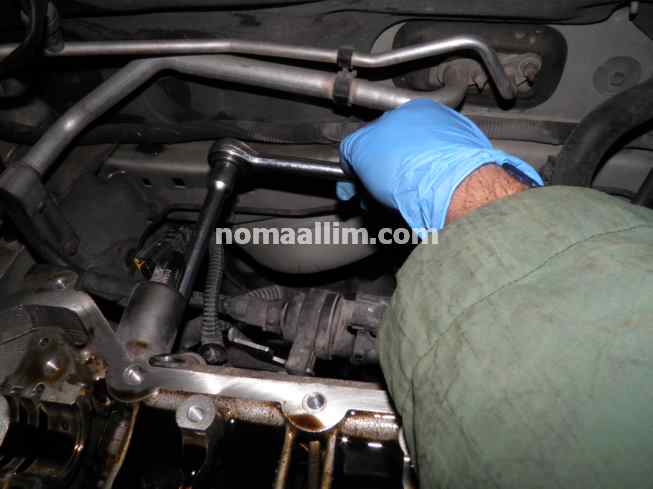 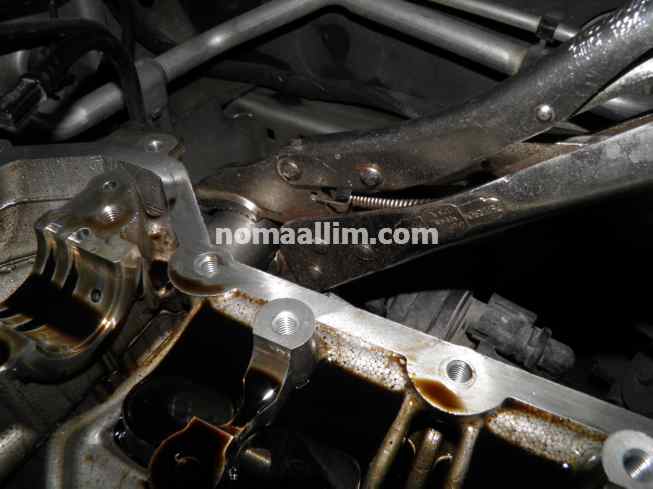 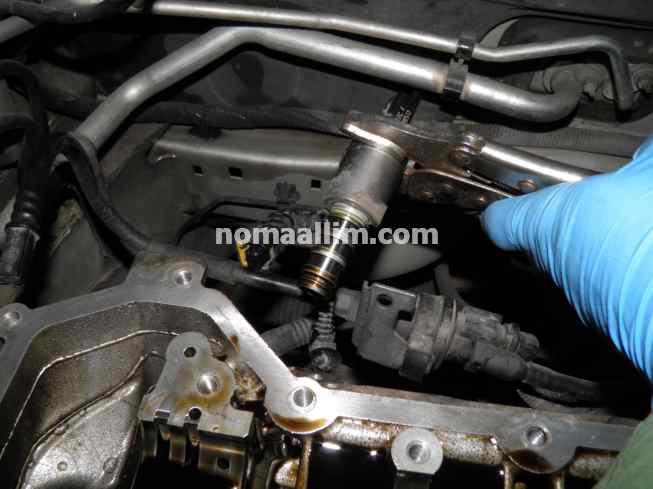 Removing the cylinder head fixing bolts on the EB2 engine 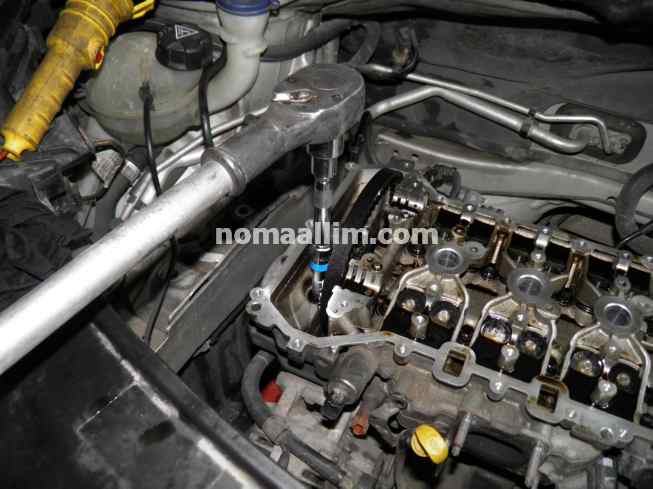 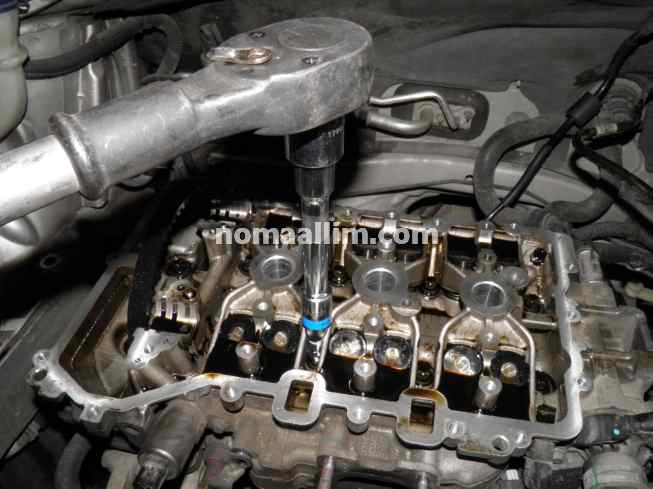 Use as shown in the left picture a large syringe to pump out as much oil as you can form the cavities next to each valve tappet.
Hold the cylinder head with both hands and tilt it right and left a couple of times in order to free it from the coolant bypass tube which links the cylinder head to the water pump. 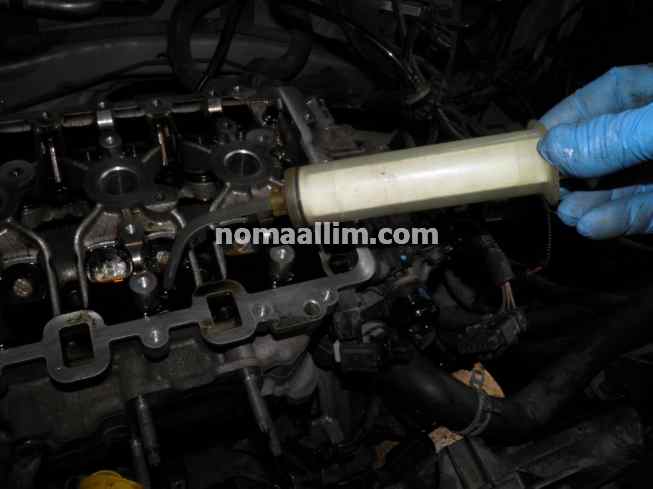 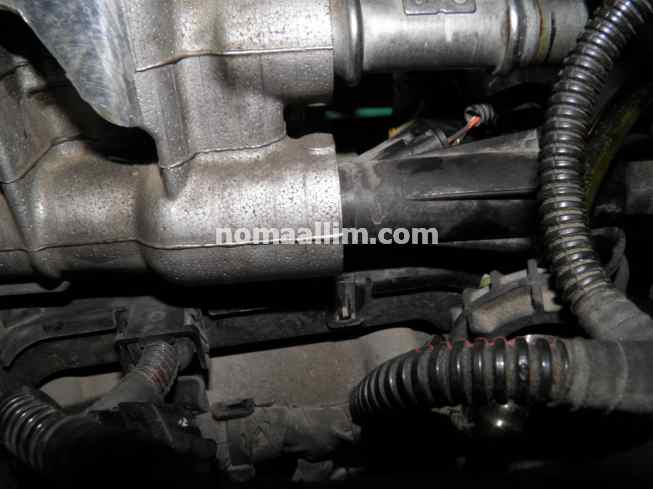 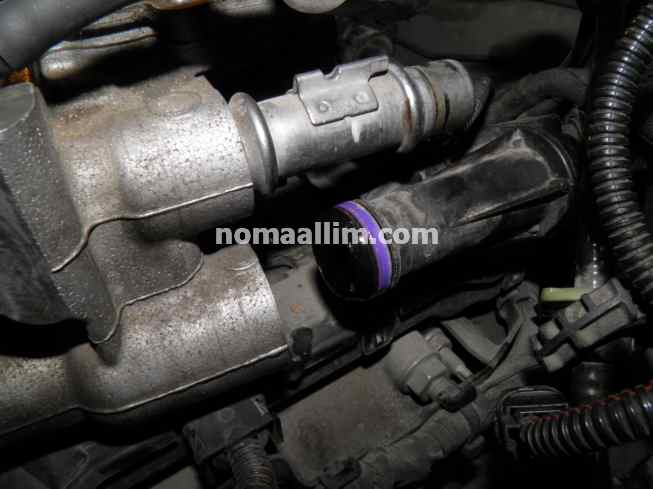 Take out the EB2 engine cylinder head and place it in a plastic tray. 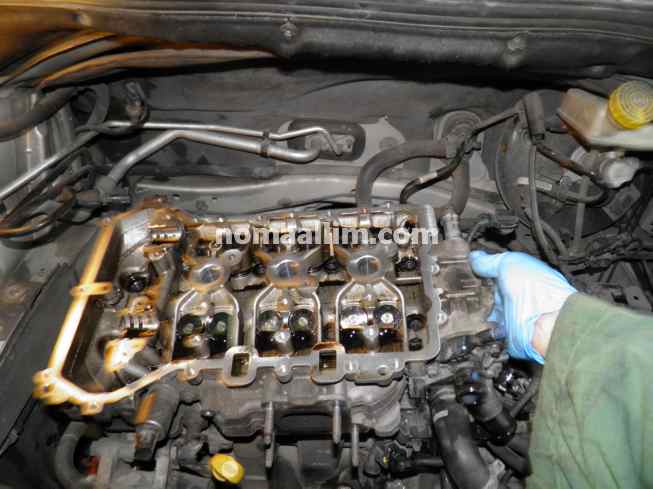 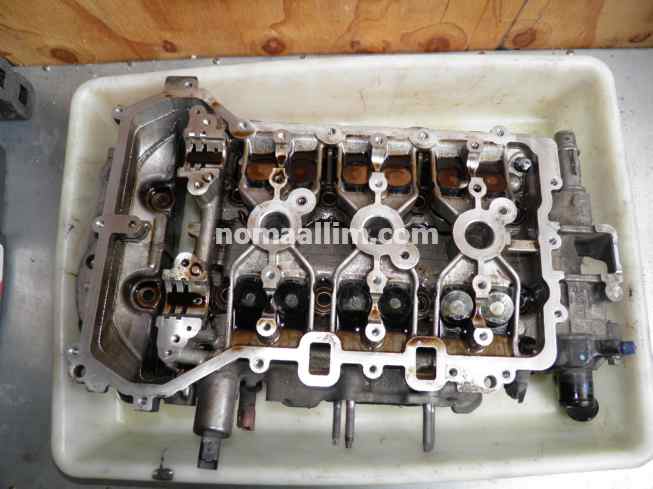