Peugeot EB2 engine rebuild: refitting the valves and camshafts into the cylinder head.

Refitting the intake and exhaust valves on the a Peugeot 1.2VTi engine (EB2) cylinder head

Put a drop of oil on each of the newly fitted valves seals.
Nos proceed valve by valve, as you need to put oil on the valve rod and then introduce it into its guide.
Make sure to refit the valves in the same order they were removed, i.e. each valve of each cylinder goes back again to its same valve guide. Put all the valves back in place. 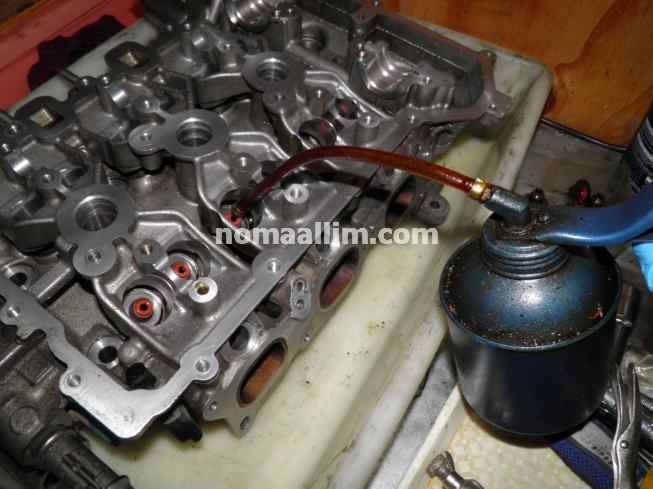 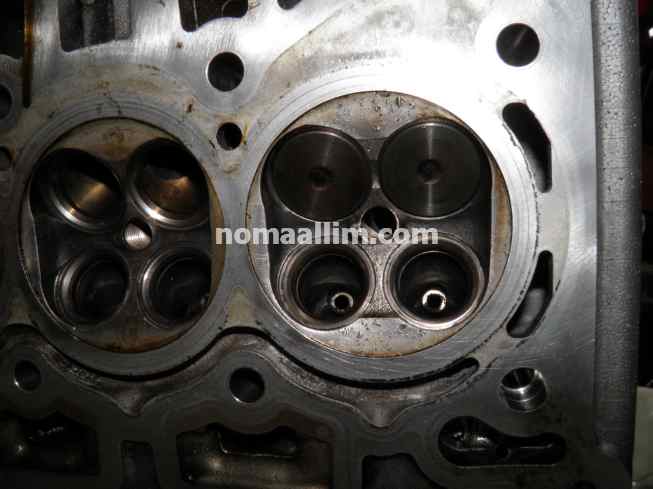 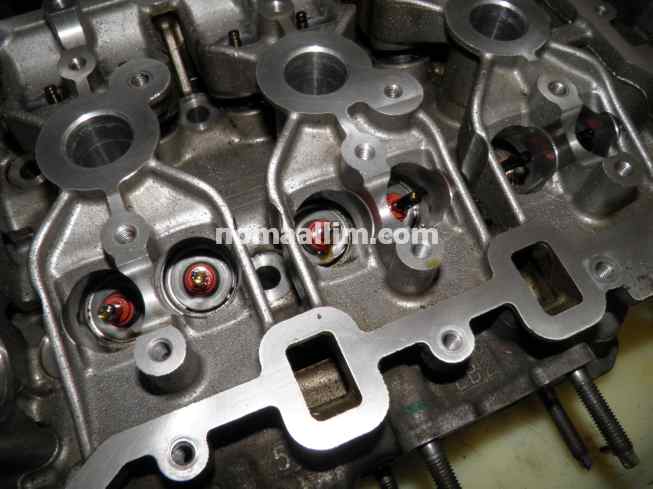 Note: if you face difficulty in reintroducing the valve into it sleeve, it could be because you did not put enough oil on the valve rod.
Add oil and try again.
Push and pull the valve several times in its guide sleeve and make sure it slides smoothly.
If not, inspect well the valve rod and eliminate with a grit 400 sand paper any irregularity on the valve rod surface.
If the valve still doesn't slide properly in its sleeve, then either the rod is bent or the valve sleeve is damaged.
You need to replace both. This is not shown in this pictorial. 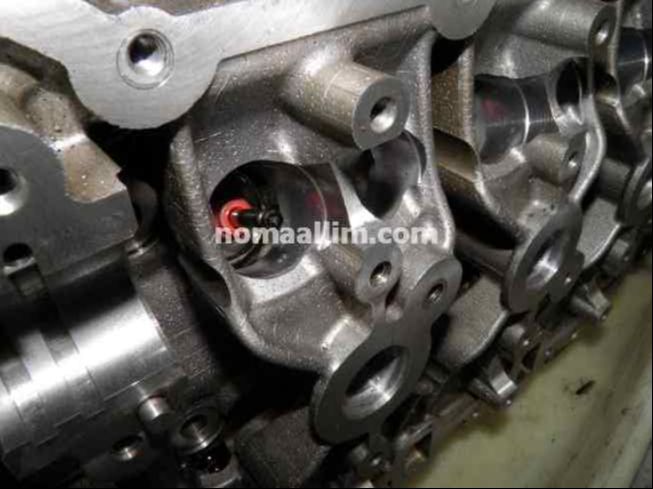 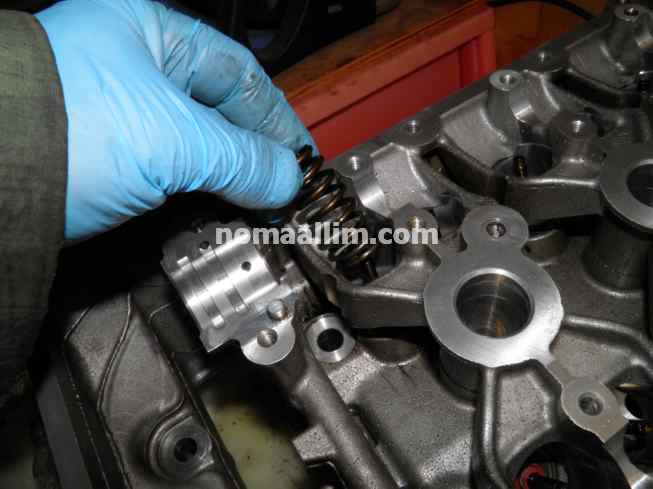 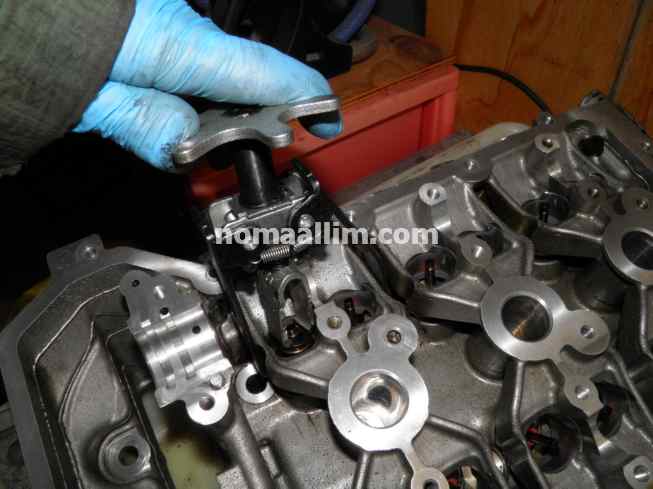 If the valve spring takes the valve rod down with it while you're compressing it, simply push the valve back with your hand in a manner to free it from the spring cup. Refit the two half-cones with long-nose pliers or a magnetic screwdriver and release the spring.

Make sure the two half-cones are well in their intended groove on the valve rod after releasing the spring. 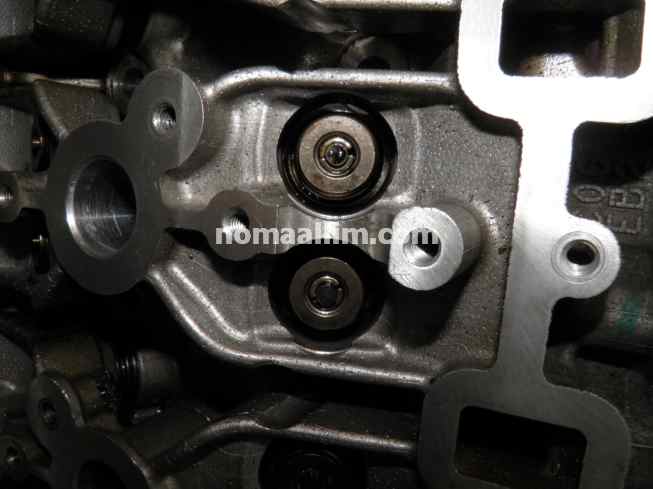 Put a drop of oil on the tappet where the valve rod comes into contact as shown on the left picture, then generously put oil all around its cylinder prior to refitting the tappet. As for the valves, make sure each tappet goes back to the exact place where it was.
Do not force, if you face difficulty in refitting the tappet, it is either because you did not put enough oil or because it is slightly oblique.
Take it back out and reintroduce it properly in its seat. 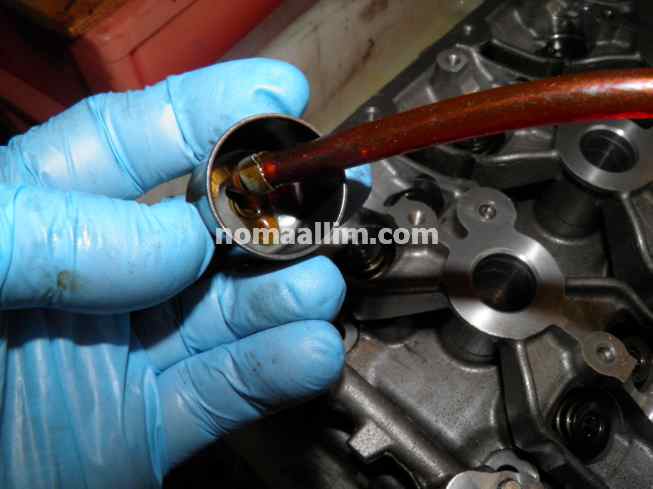 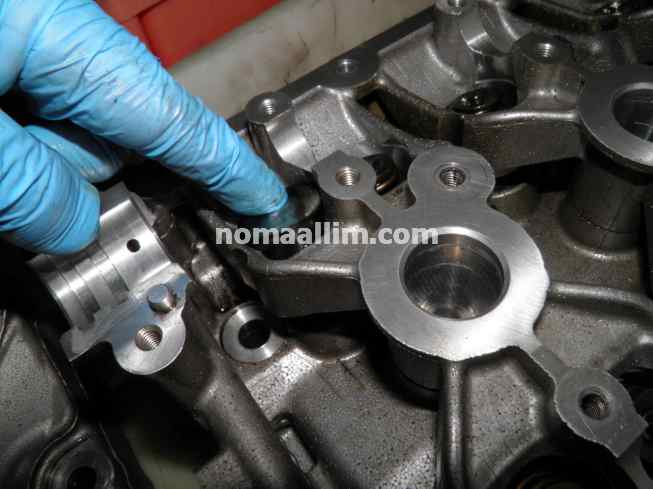 Put oil on each of the camshafts bearings. 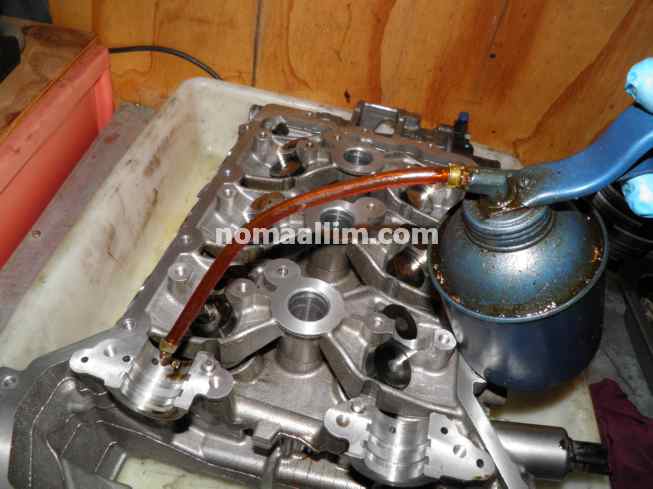 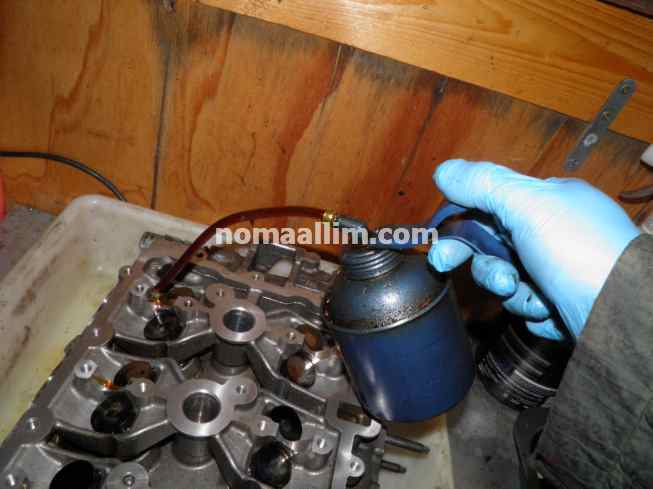 Put the camshafts in their bearings making sure the exhaust camshaft goes to the exhaust side and the intake camshaft to the intake side, fit the other half of the bearings then the bolts and tighten gently by hand and until contact only.
Proceed to the valves gap measurement (will be available soon as a separate pictorial). 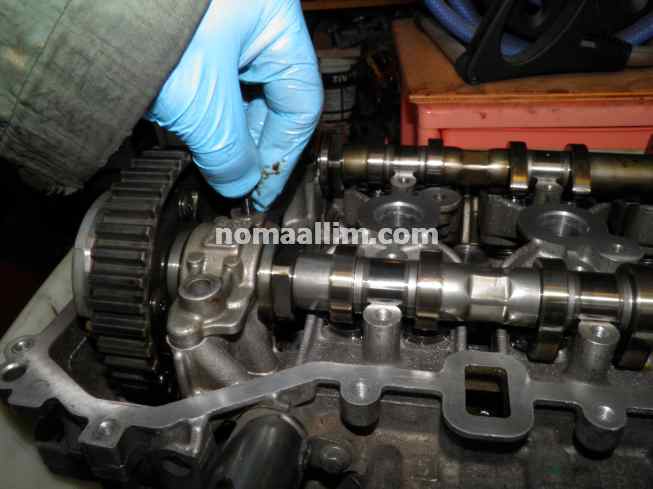 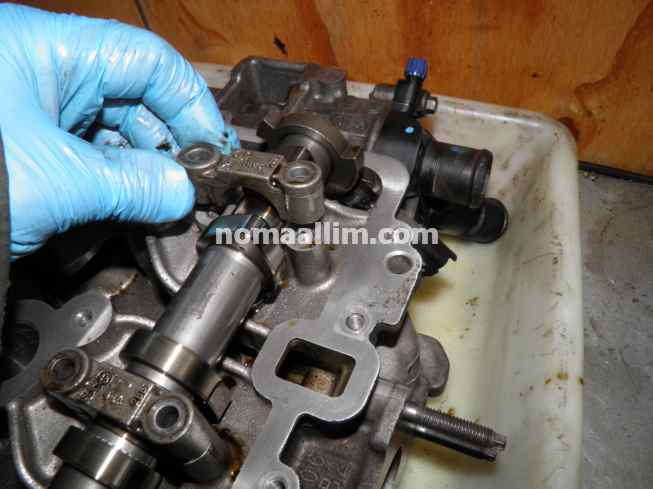 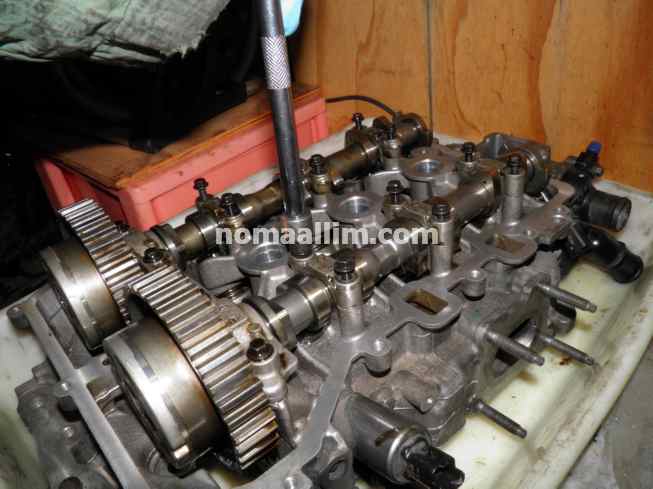